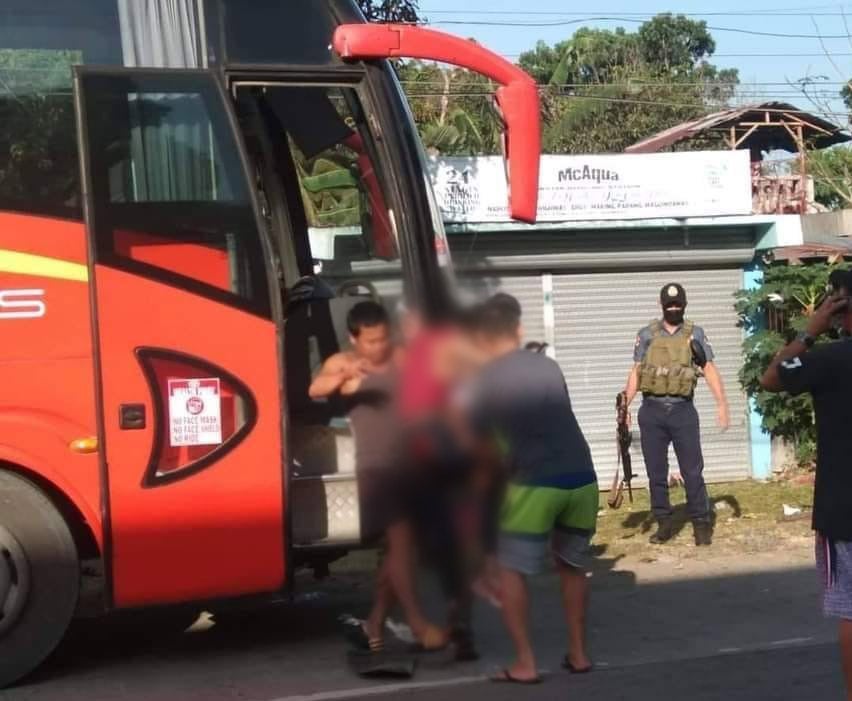 An injured passenger was rushed out of a Rural Tours bus after an explosion. The bus which came from Cotabato city was parked on a roadside in Parang, Maguindanao on its way to Dipolog City on Sunday, April 24. CONTRIBUTED PHOTO (Parang PNP)

MANILA, Philippines — The Land Transportation Franchising and Regulatory Board (LTFRB) condemned the bombing of a passenger bus in Parang, Maguindanao on Sunday morning that left four passengers hurt.

According to the LTFRB, the Rural Tours bus was on its way to Pagadian City with 23 passengers when an improvised explosive device (IED) exploded at its rear.

Closed circuit television (CCTV) video showed that an unidentified male passenger got off the bus just before the explosion.

(The LTFRB regrets the incident especially as it took place inside a passenger bus. The agency calls on the public to contact authorities if they have information about the suspect.)

(Meanwhile, the agency also calls on bus operators and land transport terminals to tighten their security and keep in touch with law enforcers.)

The LTFRB said the injured passengers are now recovering in hospitals.

6 hurt, 3 of them children, in Cotabato passenger bus bombing