Sen. Bato backs JV Ejercito’s Senate bid: I am campaigning for him 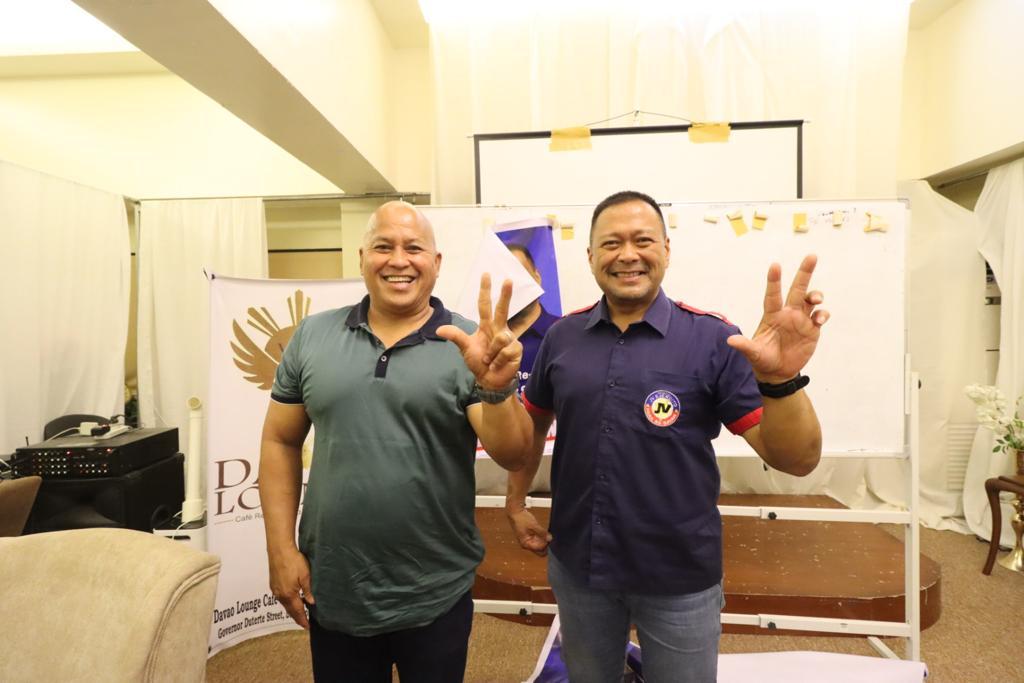 Senator Ronald ‘Bato’ Dela Rosa has endorsed Senatorial candidate Joseph Victor ‘JV’ Ejercito in his bid for a comeback in the Senate during a press conference in Davao City.

Dela Rosa lauded Ejercito’s role in the passage of the Universal Healthcare Law, which the latter principally authored and sponsored.

The chief cop-turned-lawmaker said his friendship with Ejercito emerged from their common passion for motorcycles and the latter’s gestures of generosity.

Recounting his first term in the Senate, Ejercito said he worked closely with Dela Rosa, then the chief of the Philippine National Police (PNP), in modernizing the country’s national police force.

Amidst different obstacles at the time, he said he and Dela Rosa were successful in defending the budget of the Department of the Interior and Local Government (DILG), which controls the PNP through the National Police Commission (NAPOLCOM).

“Nailusot natin yung budget. In fact, we were able to improve and upgrade the equipment and capability of the PNP during his time. Air assets, choppers, watercraft, and other equipment, nagtulungan po kami,” he said.

Read Next
Prettier in pink: the push to remake Japan’s cherry blossom season
EDITORS' PICK
A massive highway complex makes living in the South highly attractive
Beyond the Chocolate Hills: A farm-to-table, heritage culinary adventure of Bohol
WHO says monkeypox is not yet a health emergency
House energy committee chair Arroyo bats for cheap electricity
Metro Manila logged most number of new COVID-19 cases — OCTA Research
Guarding Sara: Why next VP is getting own security team
MOST READ
Leon Barretto steps up for sisters, asks dad Dennis Padilla: ‘Please stop resorting to public shaming’
LOOK: Rita Daniela pregnant with first child
Marjorie Barretto to speak up on Dennis Padilla, kids’ relationship ‘in time’
Guarding Sara: Why next VP is getting own security team
Don't miss out on the latest news and information.