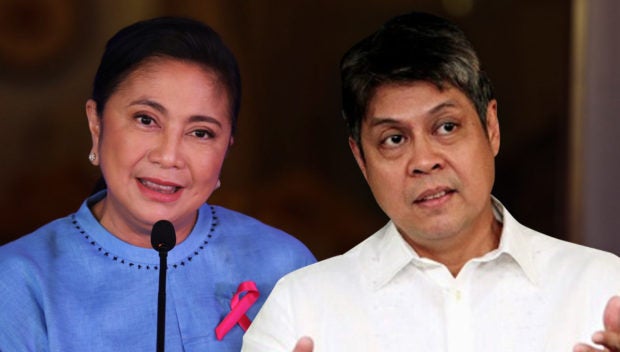 MANILA, Philippines—Around 1,000 priests have pledged their support for the candidacy of the Vice President Leni Robredo and her running mate Senator Kiko Pangilinan.

The Clergy for the Moral Choice on Friday released its statement of support to the endorsement on the candidacy signed by the priests all over the country.

(May we, the priests and the faithful, truly unite and make VP Leni Robredo win the presidency… Let’s not forget Sen. Kiko Pangilinan as her assistant in serving the country.)

The clergy group said they chose to support Robredo — who they also call a “servant leader” — because of her “clear vision” for the country.

(VP Leni is a servant-leader and a real leader who has a clear vision and dream for our country.)

They also said Robredo is the best contender to defeat presidential front runner Ferdinand “Bongbong” Marcos Jr., which, they said, is posing danger to the country.

(Of all the presidential candidates that could prevent the return of the family who caused us misery and pain, no one can surpass the potential of Vice President Maria Leonor Robredo.)

(Our country is in danger of being ruled by those who made her suffer. The son and heir of his father, who ruled us for a long time…Are we gullible enough to believe their fake smiles, words, and promises?)

The said priests and bishops are among the growing number of church people including several lay organizations who are openly supporting the candidacy of Robredo and Pangilinan.

It can be recalled that several religious organizations endorsed the candidacy of Robredo, like the leadership of the Council of the Laity of the Philippines, the Couples for Christ international council and more than 500 members of “Pari Madre Misyonero Para Kay Leni,” among others.