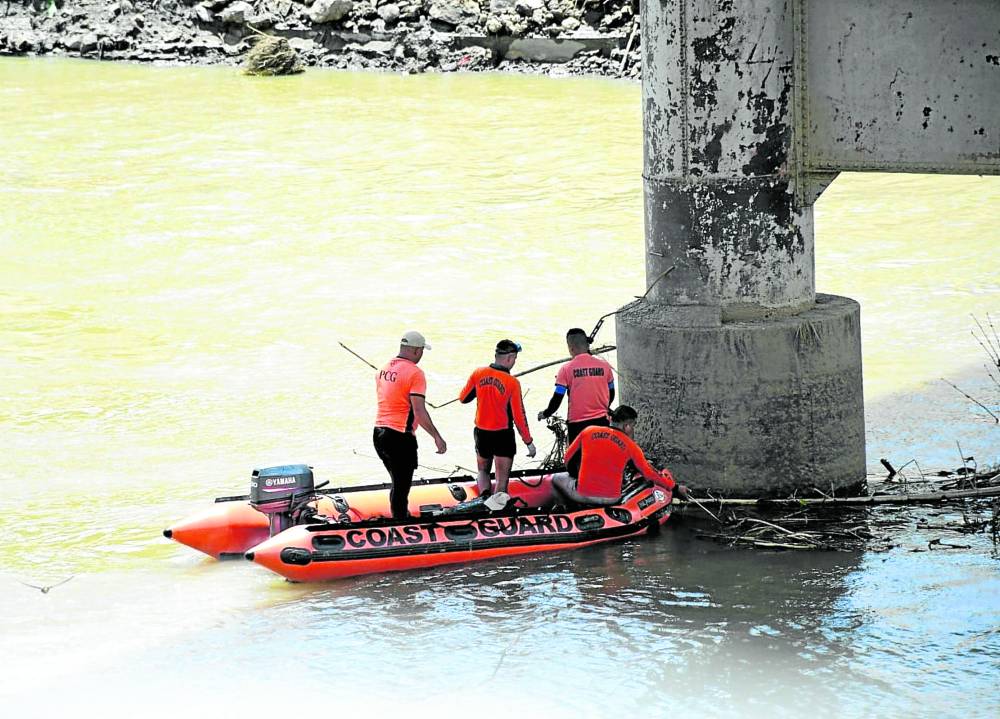 RECOVERY Search and recovery operations continued on April 21 for the remaining missing passenger of one of two motorboats that capsized along the Panay River in Panitan, Capiz, on April 13 at the height of last week’s flooding due to Tropical Depression “Agaton” (Megi). Thirteen passengers were rescued while four others died after they were swept away by strong currents. —CAPIZ PROVINCIAL DISASTER RISK REDUCTION and MANAGEMENT OFFICE FACEBOOK PHOTO

ILOILO CITY — The Capiz provincial government has placed the province under a state of calamity due to last week’s massive flooding, the worst in recent memory for the landlocked province on Panay Island.

The provincial board, in a resolution passed on Thursday, authorized the release of P10,491,000 for assistance to affected residents, especially food, water and clothing.

The provincial board also authorized Gov. Esteban Evan Contreras to enter into a memorandum of agreement with the Philippine Red Cross for the latter to administer and disburse of the province’s calamity funds to affected residents.

The flooding, caused by heavy rain spawned by Tropical Storm “Agaton” (international name: Megi), trapped many residents on rooftops and in their houses and affected all of the province’s 16 towns and its capital, Roxas City.

Many towns were flooded from April 11, when the storm struck, up to April 15 with more than 215,000 residents forced to leave their homes.

Nineteen residents died and a male resident, a passenger of a boat that capsized at the height of the storm, was still missing as of Thursday.

So far, only around 19 persons were still staying in an evacuation center in the town of Dumarao as of Friday, according to Judy Grace Pelaez, executive officer of the Provincial Disaster Risk Reduction and Management Office (PDRRMO).

The neighboring province of Iloilo, also on Panay island, likewise continued to grapple with the devastation wrought by Agaton.

On Wednesday, the Iloilo PDRRMO passed a resolution recommending to the provincial board to declare the province under a state of calamity.

The PDRRMO reported that out of the province’s 42 towns and a component city, 20 towns reported that the typhoon had affected from 15 percent to 100 percent of their population.

Five persons also died in the flooding that affected mostly the northern towns of the province.

Damage to agriculture was initially estimated at P705,765,801.55, according to the Iloilo PDRRMO.—NESTOR P. BURGOS JR.