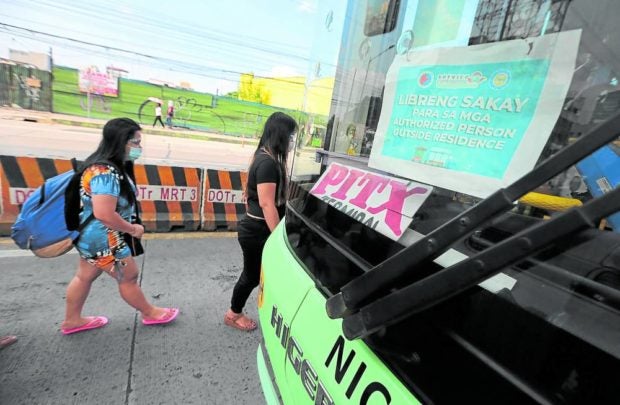 MANILA, Philippines — Provincial buses are still allowed to ply their routes going in and out of Metro Manila beyond the so-called window hours scheme by the Metropolitan Manila Development Authority (MMDA) so long as they end their trips at designated terminals, MMDA chair Romando Artes clarified on Thursday.

The MMDA and provincial bus operators also forged a “gentleman’s agreement” to comply with the policies set by the Department of Transportation and the Land Transportation Franchising and Regulatory Board and implemented by the MMDA.

According to the MMDA chief, the agreement was meant to ferry passengers during the Holy Week in their terminals within Metro Manila specifically until April 17, Easter Sunday, but this was extended until April 19, Tuesday.

But Artes explained that the agreement’s expiry on Wednesday did not mean that the provincial buses were prohibited from carrying out their trips outside of the window hours.

However, their trips should end at the North Luzon Express Terminal in Bocaue, Bulacan, and the Parañaque Integrated Terminal Exchange, not in their own terminals, he added.

The agency also designated integrated terminals coming from specific regions and provinces where passengers can board or be dropped off.

“Provincial buses are not prohibited from operating beyond the said window hours, provided that they do not terminate the trips at their own terminals,” Artes said. —DEMPSEY REYES