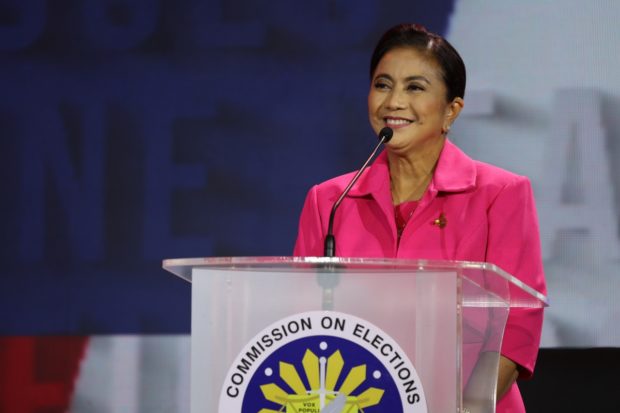 He said this is “a skill set we need in the post-COVID era.”

“The next president must be able to judiciously utilize scarce resources,” Guinigundo said in a statement released by the Team Leni-Kiko slate group to reporters.

Guinigundo added that “Robredo is the only one with executive experience to make every peso count” compared to other presidential candidates.

(We want a leader who is responsible and is capable, someone who can budget our money and make a small amount work.)

Her ability “to do with less is the leadership the country needs as it recovers from the pandemic while saddled with a huge deficit,” he added.

“She was able to maximize the Office of the Vice President’s allocation to fund an operation truly national in scope,” he further said.

Guinigundo also said the vice president has no qualms “rolling up her sleeves” to address the public’s needs.

According to Guinigundo, the country will be facing an era when COVID-hit economy will not be able to contribute revenues that can substantially finance a national budget that addresses the people’s needs.

But a Robredo presidency will provide “the necessary ingredients to kickstart the economy,” according to the former BSP official.

“One, she will inspire market confidence. She will attract investors who will be lured that an economist is at the helm. They will see her as both fair to labor, capital and consumers,” he said.

Further, he stressed that Robredo’s anti-corruption stance “will assure taxpayers that what they pay will not be stolen or wasted.”

(For Juan de la Cruz, they will be more comfortable paying their taxes because they are sure that they will benefit from this through the proper service and good projects.)