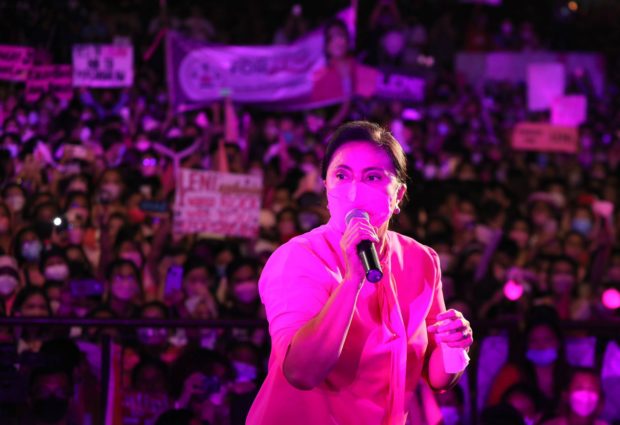 MANILA, Philippines — Presidential candidate Vice President Leni Robredo is returning to Cebu on Thursday to court more voters from the country’s most vote-rich province, less than three weeks  before the 2022 national elections.

Robredo is expected to be at Bantayan Island for a People’s Rally in the morning, before moving over to Bogo City for another rally at the Don Celestino Martinez, Sr. Sports and Cultural Center by noon.

Robredo will later travel to Danao City for another People’s Rally, and then over to the grand rally in Mandaue City.

The Vice President’s visit to Cebu is the second within the campaign period, but her past tour of the province centered on Cebu City and Talisay City. 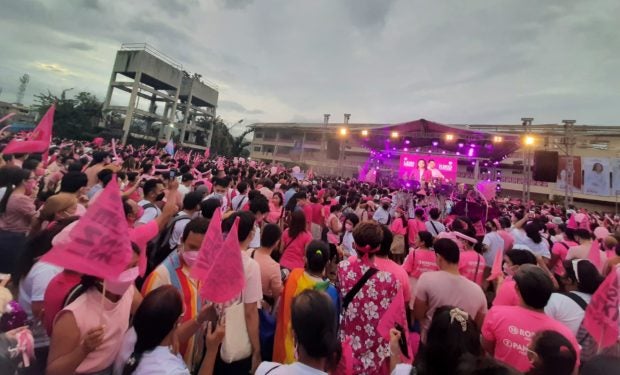 In her previous visit last February, Robredo met with fisherfolk from Talisay’s Barangay Tangke, who have been allegedly affected by reclamation projects in the area.

More jobs in all sectors

She also underscored the need to generate more jobs for people from different sectors, and not just the technological sector which Cebu has been known for.

In December last year, Robredo also visited Cebu and met with  business process outsourcing (BPO) workers about the possibility of providing absentee voting schemes or extended voting hours due to the nature of their working time.

Robredo said back then that they will ask the Commission on Elections to put additional voting sites in three potential areas in Cebu — Cebu Asia–Cebu Business Park,  the Cebu Asiatown IT Park, and the Cebu Business Park — so that BPO workers can conveniently cast their votes.

In the 2016 vice presidential race, Robredo led all candidates in Central Visayas with 1.11 million votes followed by Alan Peter Cayetano who got 833,404 votes and then Sen. Ferdinand Marcos Jr. with 393,146 votes.

Cebu has a voting population of over 3.2 million.