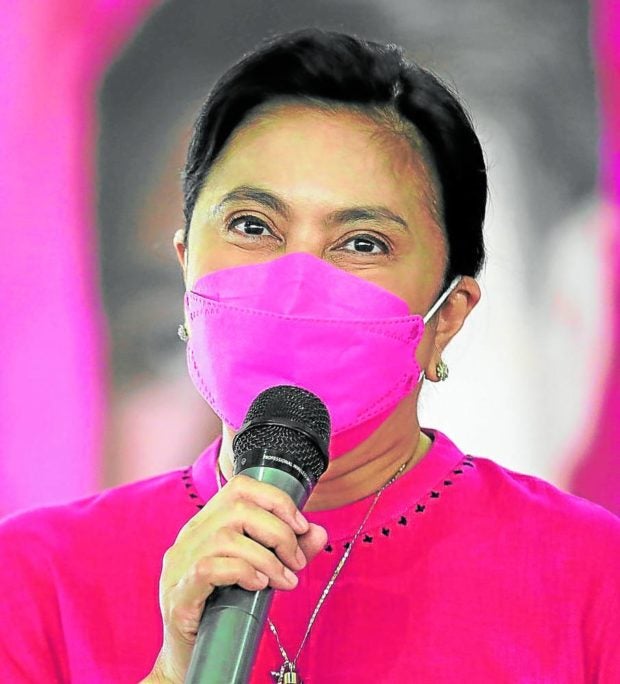 CEBU. CITY, Cebu, Philippines — Vice President Leni Robredo is all set to visit Cebu again on Thursday, carrying her comprehensive jobs proposal in hopes of getting the support of the country’s most vote-rich province.

Robredo’s media bureau said on Wednesday that the presidential candidate will proceed to Cebu province after a two-day tour of areas in Northern Mindanao, bringing her “Hanapbuhay Para sa Lahat” plan which seeks to promote inclusive growth by empowering all sectors of the economy.

Last December 10, Robredo presented this plan in a press conference, vowing to provide assistance to different industries and help small businesses by focusing on areas the country is strong at — technology, manufacturing, maritime, and ecotourism.

Robredo is set hold several meetings and rallies, starting from a townhall meet with a fisherfolk group in Talisay City’s Barangay Tangke by 11:15 a.m.

She will then meet members of the Robredo People’s Council and other sectors and supporters at the St. Scholastica’s Academy in Talisay, Cebu, before visiting towns of Argao and Toledo.

Robredo’s visit to Cebu will culminate in a program at the high school campus grounds of Southwestern University in Cebu City, where she will be accompanied by her running mate Senator Francis Pangilinan and some members of her core senatorial slate.

This is Robredo’s first visit to Cebu City during the campaign season, but last December 2021, she went to the southern city to discuss matters with various industries, including the business process outsourcing (BPO) sector.

She promised to help BPO workers exercise their rights come election day, given that most of the shifts of call center agents and other BPO industries are in conflict with voting hours.

But aside from that, Robredo also promised to include people in the BPO and information technology cluster in the comprehensive plans for the tech industry, like in the upskilling of workers, should she become president.

Cebu by far has the highest number of voters per province in the country: according to the Commission on Elections (Comelec), the said province has at least three million voters.

In the 2016 national elections, the Cebu vote proved to be crucial for Robredo’s vice presidential bid as she got 807,000 votes in the said province — over 151,000 votes ahead of the next candidate, former senator Alan Peter Cayetano.

Former senator Bongbong Marcos — her former opponent who is also running for president in the upcoming elections — only got 307,676 votes in the region.  Robredo won against Marcos in 2016, albeit at a slim margin of 260,000 votes.

However, a recent survey from Pulse Asia showed that Marcos is actually ahead of Robredo in Visayas, 53 percent to 19 percent, if elections were held from January 19 to 24.