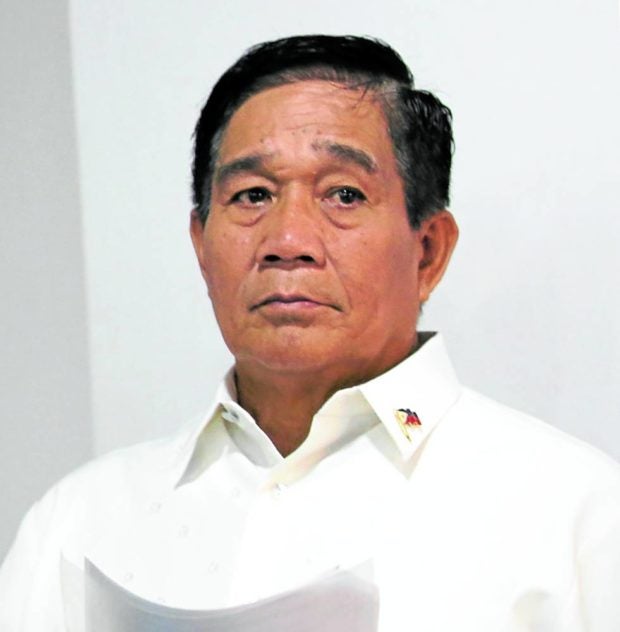 MANILA, Philippines — The Department of the Interior and Local Government (DILG) on Wednesday said Facebook was behaving like “Big Brother” for flagging a post of National Security Adviser (NSA) Hermogenes Esperon Jr. in which he claimed that communists had “infiltrated Congress through the party-list system.”

Undersecretary Jonathan Malaya, the spokesperson for the DILG, said it was “unthinkable and downright offensive” for Facebook to warn Esperon, who is also the vice chair of the National Task Force to End Local Communist Armed Conflict, on an issue involving national security.

“This move of FB is alarming, if not dangerous, as it has appointed itself as an omnipotent force that can censure at their discretion — based on standards that they themselves created — the legitimate posts of highly respected officials of the country,” Malaya said in a statement.

He called out Facebook’s “biased fact-checkers” for their “imprudence and audacity” to issue a warning on an official like Esperon.

“The social media platform has taken on the role of Big Brother with the power to censure the social media posts of the NSA himself on matters of national security,” he said.

Malaya went on to accuse Facebook fact-checkers of being “overly focused in calling out and restricting the accounts of government officials while turning a blind eye to others.”

He urged Facebook to revisit its standards, which, he claimed, were “obviously one-sided and serve to promote the interests of the few and the powerful.”

‘I should know better’

“I should know better than you on matters of national security. How come I was restricted by Facebook when I shared a status about ending the insurgency in the country?” he wrote on his Facebook page on April 16.

He added: “As the NSA, I sure know what I’m talking about and I have basis for it. How did I violate the community standards when I only shared the truth?”

In his post, Esperon said Filipinos should unite against organizations “aboveground and underground, that support the New People’s Army, including communist party members who have infiltrated the Congress through the party-list system.”

Facebook announced last year that it would take action against posts by individuals who share content that had been debunked by independent fact-checkers, in order to limit misinformation.

In January 2021, Facebook suspended the account of then US President Donald Trump for two years and announced changes in how it would treat world leaders who break its rules on postings on its site.

Facebook suspended Trump’s account the day after the Jan. 6 Capitol Hill riot, determining that he had incited the violence. It said the suspension would last at least two years from the date of the initial block and would be lifted only if the risk to public safety had receded.

The tech giant also said it was “removing the presumption we announced in 2019 that speech from politicians is inherently of public interest.”

When assessing content for newsworthiness, it said, it would not treat content posted by politicians any differently from content posted by anyone else. It added that it would measure “whether the public interest value of the content outweighs the potential risk of harm by leaving it up.”

In the Philippines, the Facebook page of Anakalusugan Rep. Mike Defensor was at risk of getting “unpublished” or being invisible to users last year following his post on the controversial drug ivermectin as a means of fighting COVID-19.

In a post in August 2021, Defensor assailed the Department of Health and the Food and Drug Administration for refusing to recommend ivermectin for COVID-19 treatment.

He subsequently said Facebook’s move amounted to “censorship” and should be investigated.

In March 2019, Facebook’s head of cybersecurity policy, Nathaniel Gleicher, announced that around 200 pages, accounts, and groups operating in a network built by communications strategist

Nicanor Gabunada Jr. had been taken down for taking part in “coordinated and inauthentic behavior.”

Gleicher said the pages, accounts and groups were removed, not for their content, but for violating rules on fraudulent activities. He said the inquiry was done in partnership with a third-party data and cyber-investigator based in the United States.

In July 2020, Facebook and Twitter took down the accounts of a number of high-profile supporters of right-wing Brazilian President Jair Bolsonaro after a Supreme Court order tied to an investigation into their alleged dissemination of disinformation.

Among the owners of the suspended accounts were Roberto Jefferson, a former congressman and president of the conservative PTB party; businessmen Luciano Hang, Edgar Corona and Oscar Fakhoury; and activist Sara Giromini, widely known as Sarah Winter.

DILG to meet with Facebook execs on closure of fake accounts