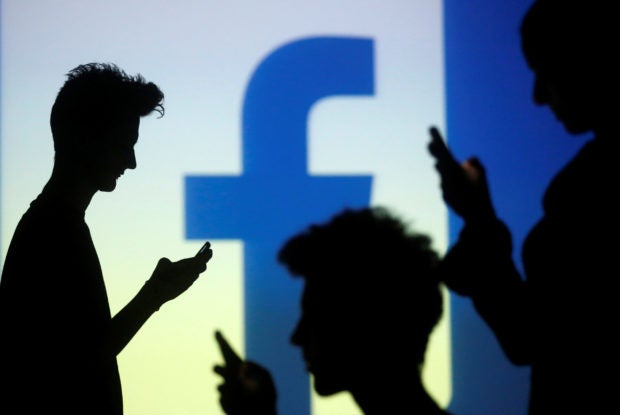 FILE PHOTO: People are silhouetted as they pose with mobile devices in front of a screen projected with a Facebook logo, in this picture illustration taken in Zenica October 29, 2014. REUTERS/Dado Ruvic

MANILA, Philippines — Meta (formerly Facebook) has disputed the claims of a suspended lawyer who is an ardent supporter of the Marcoses that Vice President Leni Robredo and officials of the social media giant have met to discuss the removal of accounts that are supportive of Ferdinand Marcos Jr.

Meta asserted that peaceful political speech is not censored and that only contents that violate their Community Standards are removed on their platform.

In a statement sent to INQUIRER.net, Meta said that no one from Robredo’s team met with Facebook representatives to discuss such matters contrary to the claims of Larry Gadon.

According to a Meta spokesperson which the firm did not name in its statement: “No one from Meta recently met with the Vice President or her team, or made any agreement to remove political content from our platform. We do not arbitrarily censor peaceful political speech on Facebook, and we will only remove content if they violate our Community Standards.”

“We have a global process for government requests to remove or restrict content. That process is the same in the Philippines as [in] every other country around the world. We share details of our compliance with these requests in our twice-yearly Transparency Report,” Meta also said.

“Not true,” Gutierrez said in a separate message to INQUIRER.net.

Earlier, Gadon claimed of getting a tip from a source in Facebook about a meeting between Robredo’s camp and the social media firm’s officials supposedly for the removal of pro-Marcos accounts.

“I have it confirmed that the camp of a presidential aspirant has met with officials of the social media platform Facebook Phils. to remove or suspend the FB accounts of BBM supporters with big following,” he said.