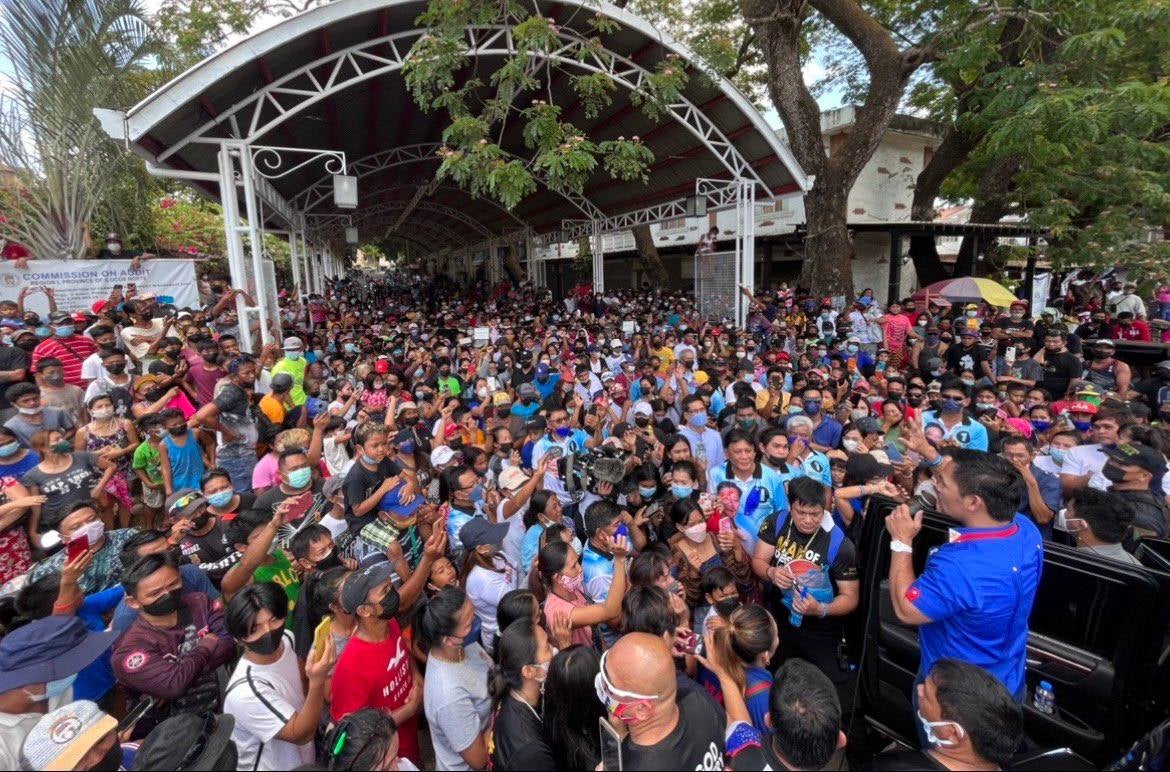 LAOAG CITY, Ilocos Norte—After his camp called his non-attendance to the Easter Sunday press conference a “divine intervention,” Senator Manny Pacquiao urged his fellow presidential candidates to be truthful when throwing shade against their rivals, instead of making up stories.

Whatever happens on May 9, Pacquiao said “it is the will of the electorate” that would prevail, and candidates should speak the truth.

The retired boxing champ also said he was invited to participate in the briefing, but he arrived late since he traveled from General Santos City.

According to him, what was said during the press briefing was “unexpected,” and earlier discussions with the presidential candidates who attended the event did not include putting someone down or asking anyone to withdraw.

Ahead of the Easter Sunday briefing, Pacquiao said their discussions revolved around unity and their goal of pushing for clean and honest elections.

Ranking high in Ilocos Norte when he ran for senator in 2016, Pacquiao was the first presidential candidate, other than Marcos Jr., to woo at least 430,000 voters in the province.

In one of their stops in Piddig town, Pacquiao said he did not expect that hundreds of Ilocanos would welcome him warmly in the bailiwick of his rival, Marcos Jr.

Pacquiao was set to hold a rally Wednesday afternoon at San Nicolas town plaza, his last stop in the province.