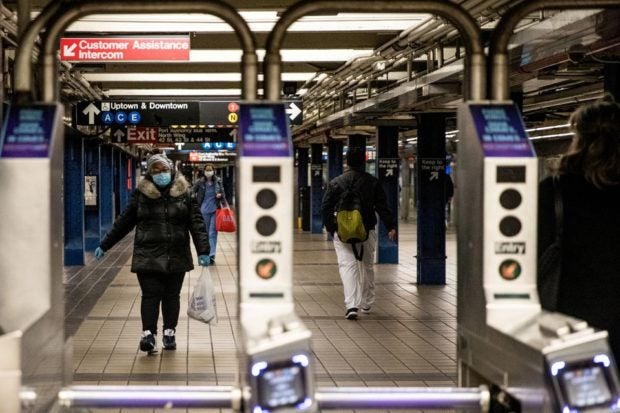 NEW YORK —  A man accused of fatally pushing a woman in front of a New York City subway train earlier this year will be sent to a secure psychiatric facility after prosecutors told a judge on Tuesday they would not challenge a medical evaluation that found him unfit to face trial.

Martial Simon, 61, had been charged with second-degree murder in the death of Michelle Go, 40, at the Times Square subway station on Jan. 15.

Her murder unnerved New Yorkers amid a rise in some violent crimes across the United States since the start of the COVID-19 pandemic, and prompted the transit authority to announce it would try installing safety barriers on some platforms.

Two court-appointed psychiatrists agreed Simon was not competent to face trial last week after examining him at Bellevue Hospital Center, where he had been held since his Jan. 15 arrest, according to his lawyer, Mitchell Schumann.

At a brief hearing on Tuesday, prosecutors from the district attorney’s office in Manhattan, which did not respond to Reuters’ queries, told the court they agreed to let Simon be confined to a psychiatric institution until he was fit for trial, if ever that day came, Schumann said.

The attack for which he was charged also drew fresh scrutiny to shortcomings in mental health services in New York, particularly for poor and homeless people. Earlier this month, state lawmakers expanded a law that lets judges mandate mental health treatment or confinement to a psychiatric institution if, among other criteria, they are found to be a danger to others.

Simon had been the manager of a Manhattan parking garage until his 30s, when he was first diagnosed with schizophrenia and became unemployed and homeless, Schumann said. In 2017, he was convicted of trying to rob a taxi driver and was out on parole; a drug possession charge against Simon in 2019 was also dropped because he was found unfit for trial, Schumann said.

“I think it’s hard to argue that the system has not failed him and he’s left untreated on the street,” Schumann said.

Police said Schumann had harassed several other commuters that day and did not appear to target Go, who worked at Deloitte, because she was an Asian American. But her murder shook many Asian Americans, who have reported a rise in racist attacks across the country.

The Metropolitan Transportation Authority says serious crime remains rare on the subway, one of the largest in the world with more than 3 million trips taken on the average weekday this year. Police data shows felony crimes are down compared with early 2020, before COVID-19 surged in New York.

That message was tested again last week when a man shot and wounded 10 people on a subway car in what officials said was the first mass shooting on the subway in decades.

Pinoy turns into symbol of resistance to Asian hate in NYC