Show us proof of ‘negative judgment’ on Lipa apparitions 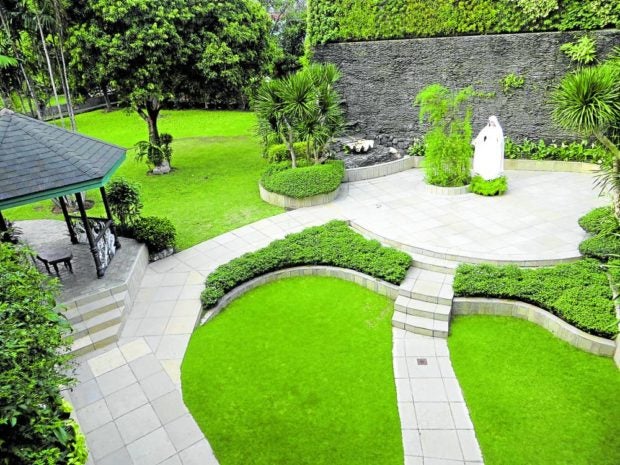 RENEWED INTEREST The statue of Mary Mediatrix of All Grace stands at the spot in the Carmelite convent garden in Lipa, Batangas, where Teresita Castillo supposedly saw the Lady in 1948. No visitors are allowed in the garden. —Contributed photo

Pilgrims have continued to flock to the Carmelite convent in Lipa, Batangas, where the Blessed Virgin Mary was said to have appeared in 1948.

In 1990, then Lipa Archbishop Mariano Gaviola allowed the Marian image to be shown to the public again.

Groups devoted to “Mary, Mediatrix of All Grace” have burgeoned. The devotees include such public officials and celebrities as former Commission on Elections chair Harriet Demetriou and movie star and Batangas Rep. Vilma Santos.

In 2015, Archbishop Ramon Arguelles, who succeeded Gaviola, reopened the Church commission’s inquiry into the Marian apparitions in Lipa, which were subsequently ruled as of “supernatural” nature.

But in 2016, the Vatican’s Sacred Congregation of the Doctrine of the Faith (CDF) under Cardinal Gerhard Mueller overruled Arguelles, saying that Pope Pius XII had made a definitive confirmation of the inquiry’s negative finding in 1951.

Arguelles himself announced the CDF ruling, but did not present any document signed by Pius XII confirming the 1951 declaration. He resigned afterward.

Demetriou said the Church authorities’ “negative judgment” on the apparitions that “gave birth to the devotion” to Mary, Mediatrix of All Grace, was “unfortunate.”

“But up to now, the document showing [papal approval] has not been made public, notwithstanding repeated requests from devotees, and despite … Pope Francis, on March 2, 2020, [allowing] public access to Church documents that cover the period 1938-1958,” pointed out Demetriou, a retired justice of the Sandiganbayan.

Since the Second Vatican Council, with its new focus on Jesus Christ and His relevance to the modern world, official Church encouragement for popular devotions to Mary and the communion of saints has lessened.

Demetriou said that “as a laywoman who takes seriously her devotion to Mary, Mediatrix of All Grace,” she was raising a need to see “the devotion and the apparition … in a more objective way.”

“Through the centuries, Catholics in many parts of the world have venerated the Blessed Virgin Mary as Mary, Mediatrix of All Graces (in the plural form),” Demetriou said, adding that “many popes, saints and theologians promoted the devotion to Mary under this title and wrote exclusively about it.”

She said the Dominican Fr. Gerard Timoner III, appointed by Pope Francis in 2014 as a member of the International Theological Commission, had read the ex-Carmelite nun Teresita “Teresing” Castillo’s account of the supposed apparitions, and noted that Mary had identified herself as the “Mediatrix of All Grace”—in contrast to her old title.

“The title ‘Mediatrix of All Grace’ that the Blessed Virgin Mary announced to Sister Teresing seems unprecedented and invites a closer theological scrutiny,” Demetriou quoted Timoner as saying. “If the message truly came from the Blessed Mother and Sister Teresing heard her accurately, then it appears that the Blessed Mother was correcting, if not refining, the title ‘Mediatrix of All Graces’ which was previously accorded to her.”

Timoner is now the master general of the Dominicans, the first Filipino and Asian to head the 800-year-old worldwide order.

According to Demetriou, the primary criterion established by the Church in judging the validity of a supposed apparition is that “the message must be theologically and morally true and free of error.”

She said the message that Castillo received “declares that Mary’s mediatory role is subordinate to, and grounded on, her more important role as the Mother of Jesus.”

She also said that the incidents in Lipa had produced “sound devotion and lasting spiritual fruits among the faithful,” and that Castillo, who left the convent soon after the Church commission’s negative finding, had been shown as of sound mind and moral probity until her death in 2016.

The recent discovery of the report on the Lipa incidents by then University of Santo Tomas (UST) rector Fr. Angel de Blas in the archives of the Dominican curia in Santa Sabina Basilica in Rome showed that Castillo was a genuine seer and that the apparitions were authentic, Demetriou added.

De Blas, a clinical psychologist and considered the father of psychology education in the Philippines, was assigned by the Church commission to investigate Castillo.

In her account, Castillo said she was suddenly brought on the commission’s order to the UST Hospital, where she was interrogated by De Blas and noted psychiatrist Dr. Leopoldo Pardo.

She painted a negative figure of De Blas as constantly pounding on the table throughout her three-hour ordeal, and telling her to sign a document stating that the apparitions were “a hoax, a fraud.”

When she refused to sign, telling him that “what you’ve written here, Father, is not true,” De Blas got mad and threw an ashtray at her. She said she ducked and evaded getting hit.

In his report written in Spanish, De Blas did not mention the ashtray-throwing incident but declared Castillo “normal” and a “seer.”

“Teresita’s trances are quite similar to those experienced by certain hysterical people, but they do not differ much from what some saints have experienced,” De Blas wrote. “As can be seen in Dr. Pardo’s report, Teresita does not show a hysterical personality of any known type and in all manifestations, she’s proven to possess a normal personality.”

“It is evident that Teresita must be classified under the group of visionaries or seers [as written by classic spiritual authors],” De Blas added. “Teresita is among those visionaries who receive messages [meant] for the world in which God proposes to change the bad habits especially of those of Christians and clergy and threatening punishment if these are not heeded.”

De Blas said such “celestial messages are usually accompanied by a secret which the visionary is prohibited from revealing.”

He said the secret was revealed by Castillo to Cardinal Rufino Santos: “You will suffer greatly all your life … Suffer for your own salvation.”

And in his findings, De Blas linked Lipa with Fatima:

“The apparitions of the previous 15 days appear to have no other purpose but to manifest the love and interest of the Holy Virgin Mary with the title ‘Mary Mediatrix’ for the [Carmelite] community of Lipa and her desire that worship should flourish through genuine religious observance.

“It is only in the apparition of the 12th of November where there is reference to the Christian world; there, praying of the rosary is inculcated for the fulfillment of the wishes manifested by Our Lady of Fatima.”