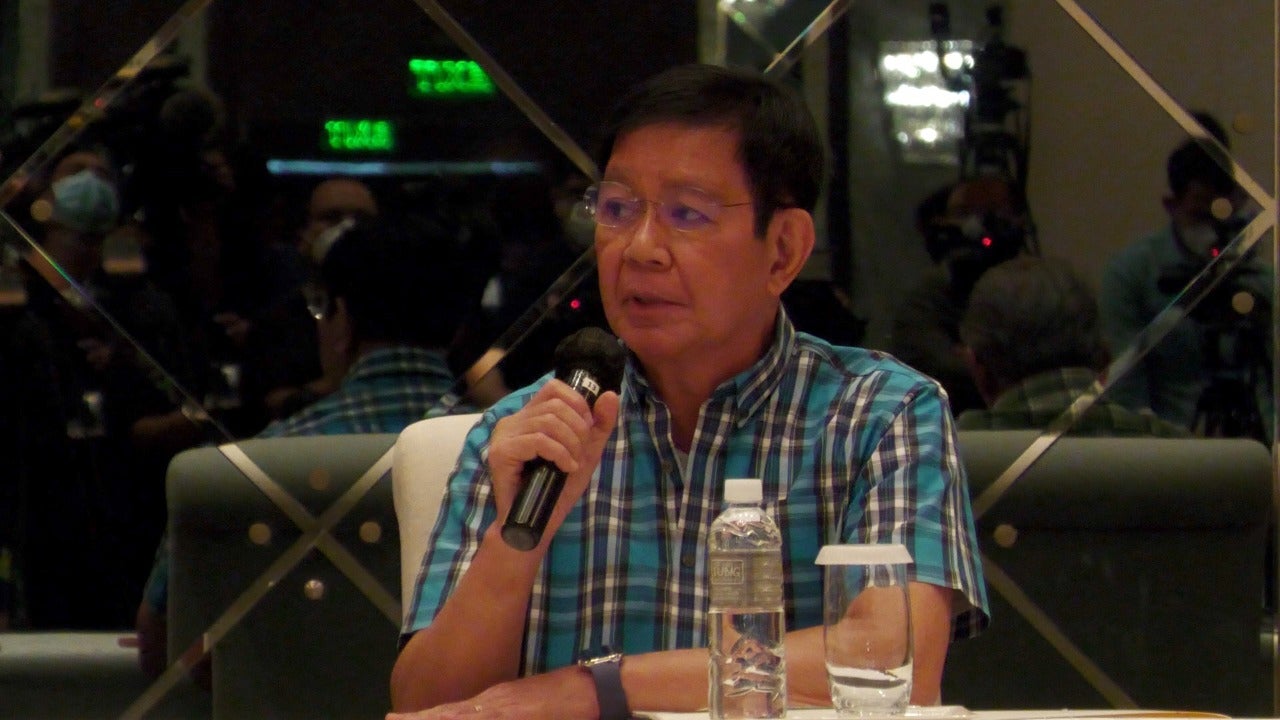 Based on the latest Pulse Asia voter preference survey, former senator Ferdinand “Bongbong” Marcos Jr., son of the late dictator and his namesake, is the frontrunner at 56 percentage points.

“I cannot believe for the life of me that there are more than 50 percent loyalists in this country. Marcos loyalists for that matter,” he said in a joint press conference with fellow presidential candidates.

“I have yet to be convinced. I cannot yet figure out na (that) more than 50 percent of Filipinos are Marcos loyalists. I don’t know. I don’t know about you but that’s me. That’s my opinion,” he added.

Lacson explained that he cannot understand that 50 percent of Filipinos are Marcos loyalists as there are individuals still suffering from the impact of martial law.

(Because the effects of martial law are still there, right? And we often hear from our people, especially those who have not received compensation yet, right?)

He said that Marcos’ number may be high because some of them are not really supporters but are just not in favor of Vice President Leni Robredo.

(Maybe it is correct that the negative attitude towards the vice president is directed towards Marcos because that is the psyche of Filipinos, wherever there is a high chance of winning.)

The senator reminded the public that there are other candidates other than Marcos and Robredo who are running for president.

“Just because dalawa lang ‘yung parating napag-uusapan, nai-etsapwera ‘yung ibang choices (the two are the most talked about, the other choices are put aside), ‘yung ibang (the other) options. And that is also one of the main reasons why we are here. To remind our people that there are other candidates running equally qualified, equally competent, if not more competent, if not more qualified,” he said.