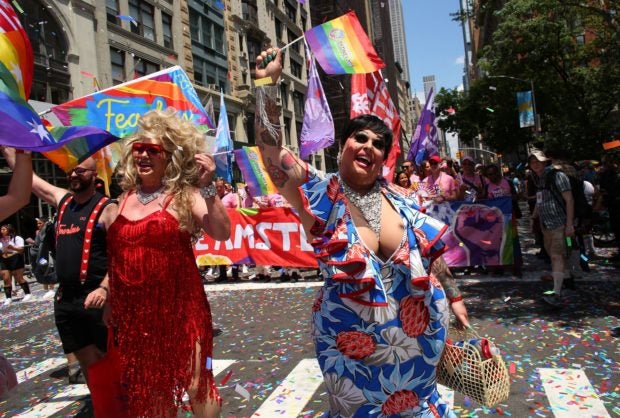 SYDNEY — Transgender rights have been thrust to the centre of Australia’s closely fought election campaign after the country’s prime minister refused to withdraw party support from a candidate who made inflammatory comments on the issue.

Liberal Party candidate Katherine Deves described trans people as “surgically mutilated and sterilised” on Twitter and posted that she felt “triggered” by the Pride flag, according to reports this week by News.com.au.

She also compared her activism against trans athletes competing in women’s sport to people standing up against Nazis during War World II while speaking on a panel last year, the Guardian revealed Thursday.

Deves co-founded Save Women’s Sport Australasia, an organisation that campaigns for sport to be “categorised by sex, not gender identity” — an issue that has become increasingly contentious around the world as sporting bodies consider their position on the participation of trans athletes.

While Deves apologised for her comments after the media reports, it was not enough to quiet calls for Prime Minister Scott Morrison to drop her as a candidate for the May 21 vote, including from high profile members of his own party.

“There is no place in a mainstream political party for bigotry,” he posted on Twitter, adding that “political leaders should be condemning the persecution of people based on their gender, not participating in it”.

Morrison confirmed Saturday that he would stand by Deves.

“I’m not joining that pile on,” he said.

However in the wake on the backlash over Deves’ comments he did walk back support for a bill from a member of his party that would allow trans people to be excluded from single-sex sports.

The Morrison government is facing tough competition from socially progressive independent candidates in a number of inner-city seats at this election, which has prompted concern that support of Deves could harm other candidates’ chances.

Australian churches can discriminate against gays