4 family members killed after van falls into ravine in Kalinga 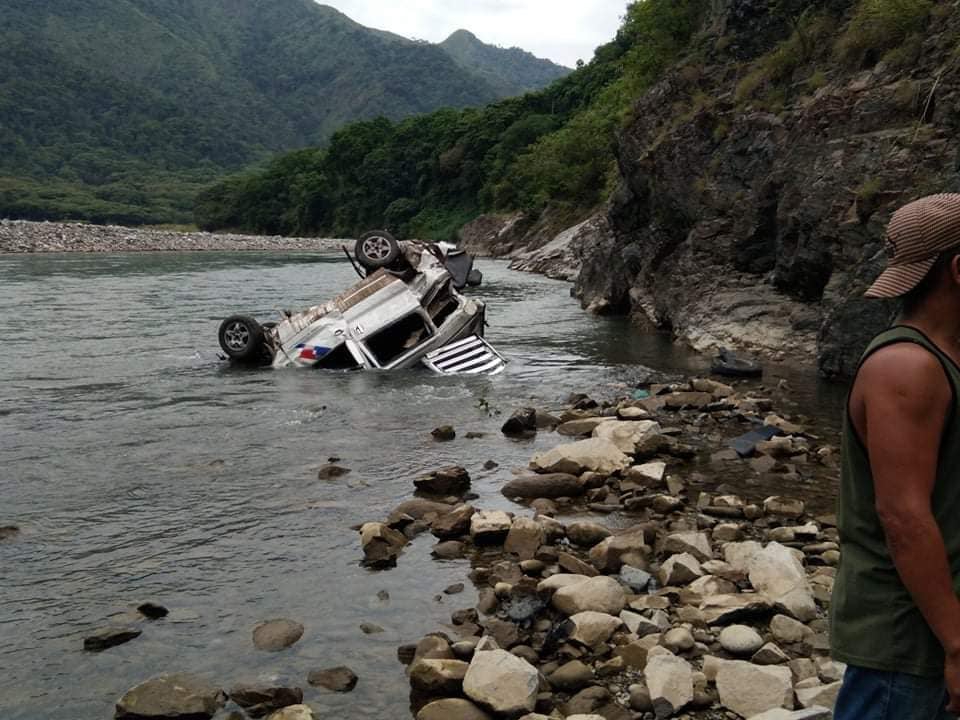 BAGUIO CITY—Four members of a family were killed on the spot after their van fell into a deep ravine along the Chico River on Black Saturday morning (April 16) in Tabuk City in Kalinga province.

Tabuk police said victims church pastors Marcelo Sagyaman and his wife Marivic, their two children Marvin, 27, and Azrel ,12, all residents of Conner, Apayao, were on their way home from Barangay (village) Lubon in Tadian town in Mountain Province.

When their vehicle reached Sitio (sub-village) Gonogon in Barangay Bagumbayan, police said Marcelo, who was driving the van, miscalculated a sharp curve.

Marcelo lost control and their van fell off a 100-meter ravine into the Chico River.

The time of the incident was not specified in the police report.

Kalinga rescuers and villagers retrieved the bodies of the victims and brought them to a funeral parlor in Tabuk City.