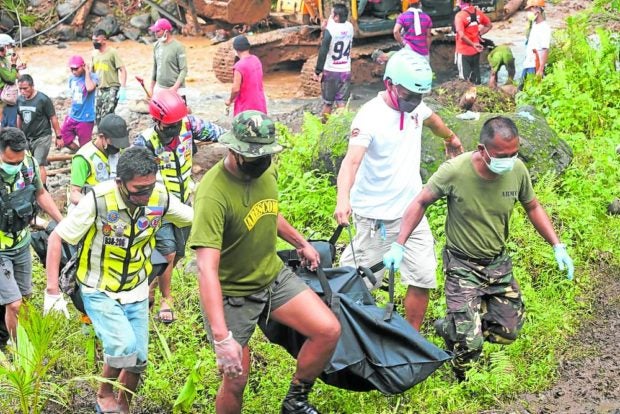 According to the latest situational report from NDRRMC, 151 of the deaths were recorded in the Samar and Leyte provinces in Eastern Visayas, 11 from Western Visayas, three from the Davao region, and two from Central Visayas.

Meanwhile, 110 individuals were reported missing – 104 from Eastern Visayas, five from Western Visayas and one was from the Davao region. 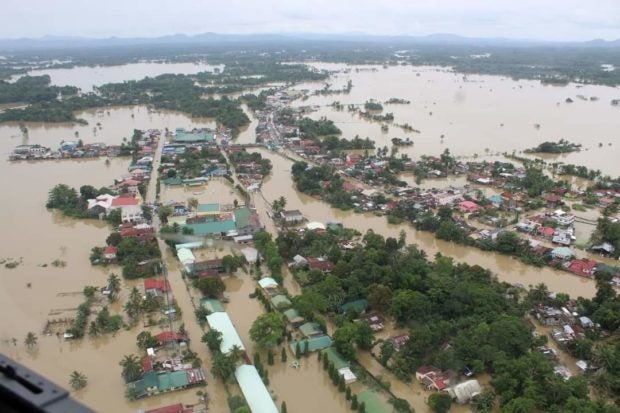 Sigma town in Capiz remained flooded three days after Typhoon Agaton triggered what residents said was  the worst flooding in the province. (Photo courtesy of the Office of Civil Defense – Western Visayas)

Eight individuals have been reported injured, according to NDRRMC.

The NDRRMC added that 562,548 families or 1.9 million individuals have been displaced by the erstwhile tropical storm.

A total of 209,162 individuals are sheltered in 959 evacuation centers. 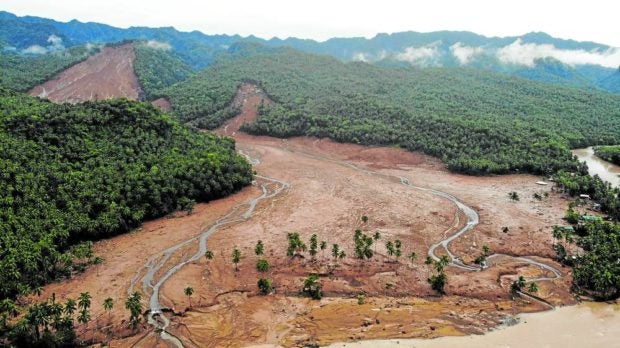 An aerial shot taken on Wednesday shows the reach of the landslide that hit Kantagnos in Baybay, Leyte.  (AFP)

After ravaging parts of the Visayas and Mindanao, “Agaton” weakened into a low pressure area on Tuesday and completely dissipated on Wednesday.