US special rep for N.Korea to visit Seoul to discuss missile launches 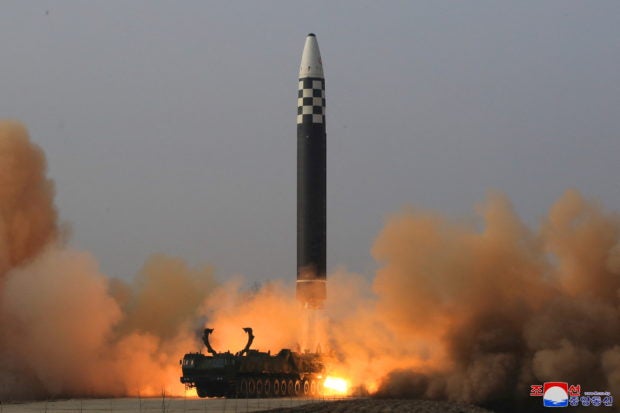 SEOUL — The U.S. envoy for North Korea will visit Seoul next week for meetings with South Korean counterparts to discuss the international response to the North’s recent intercontinental ballistic missiles (ICBM) launches, the State Department said.

U.S. Special Representative Sung Kim has said he is open to talks with North Korea at any time and without preconditions, but Pyongyang has so far rebuffed those overtures, accusing Washington of maintaining hostile policies such as sanctions and military drills.

Last month North Korea test fired an ICBM for the first time since 2017, and U.S. and South Korean officials say there are signs it could also be preparing to resume nuclear weapons tests.

Kim, and his deputy, Jung Pak, will meet with South Korean officials, including nuclear envoy Noh Kyu-duk, during a five-day visit starting Monday, the State Department said in a statement.

The visit underscores the U.S. and South Korean commitment to ongoing close collaboration on North Korean issues as they “seek to advance complete denuclearization and permanent peace on the Korean Peninsula,” the statement said.

The United States is pushing the U.N. Security Council to further sanction North Korea over its renewed ballistic missile launches by banning tobacco, halving oil exports to the country and blacklisting the Lazarus hacking group, according to a draft resolution reviewed by Reuters.

South Korean President-elect Yoon Suk-yeol, a conservative who is set to take office on May 10, has called for stronger ties with the United States to deter the North.

His nominee for unification minister, who handles relations with the North, said on Thursday a Yoon administration might look “hardline” and “hawkish” as it sought to build up its military capability to better deter North Korean threats but he would work to create momentum for dialogue to defuse tensions.