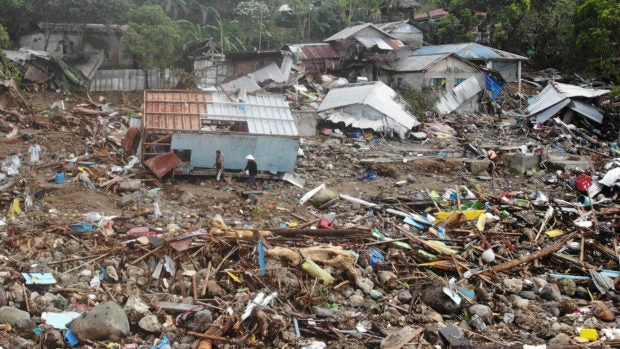 An aerial view shows residents walking past destroyed houses in the village of Pilar, Abuyog town, Leyte province on April 14, 2022 day after a landslide struck the village due to heavy rains at the height of tropical Storm Megi. (Photo by Bobbie ALOTA / AFP)

In a separate report ,the Agence France Presse pegged the death toll due to landslides and floods at 148. 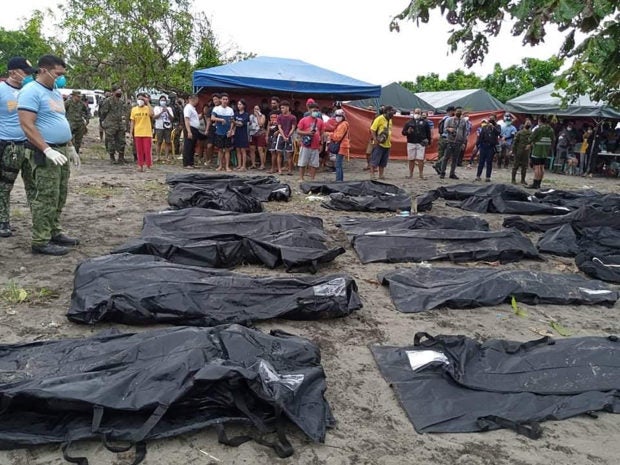 In its latest situational report, the NDRRMC said 128 of the deaths were reported in Eastern Visayas.

Six deaths were reported by the NDRRMC in  Western Visayas and the three other were logged in the Davao region.

A total of 28 people remain missing, 27 of whom are from Eastern Visayas, according to NDRRMC.

Meanwhile, eight individuals were also reported to be injured due to the storm. 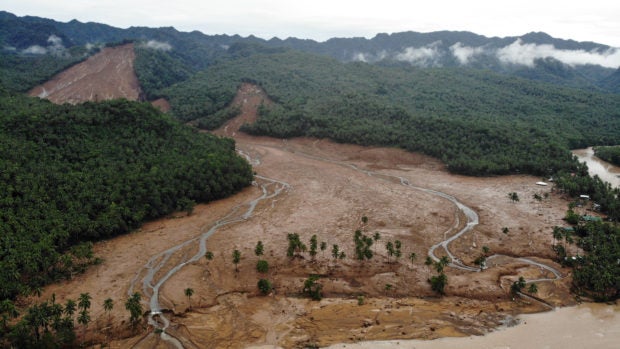 An aerial view shows the scene of a landslide which hit the village of Kantagnos in Baybay town, Leyte province on April 13, 2022, following heavy rains brought about by tropical storm Megi. (Photo by BOBBIE ALOTA / AFP)

A total of 494,607 families or 1.6 million individuals have been displaced by the weather disturbance.

Some 218,310 displaced individuals are currently in 1,033 evacuation centers.

The NDRRMC added that 9,622 houses and 43 infrastructure have been damaged by “Agaton” as it whipped parts of Visayas and Mindanao.

Damage to agriculture was pegged at P186 million, based on the NDRRMC report.

The Department of Agriculture, however, said damage to the agriculture sector in the Visayas and Mindanao reached P639.7 million as of Thursday.

“Agaton” weakened into a low pressure area on Tuesday. It completely dissipated on Wednesday morning.