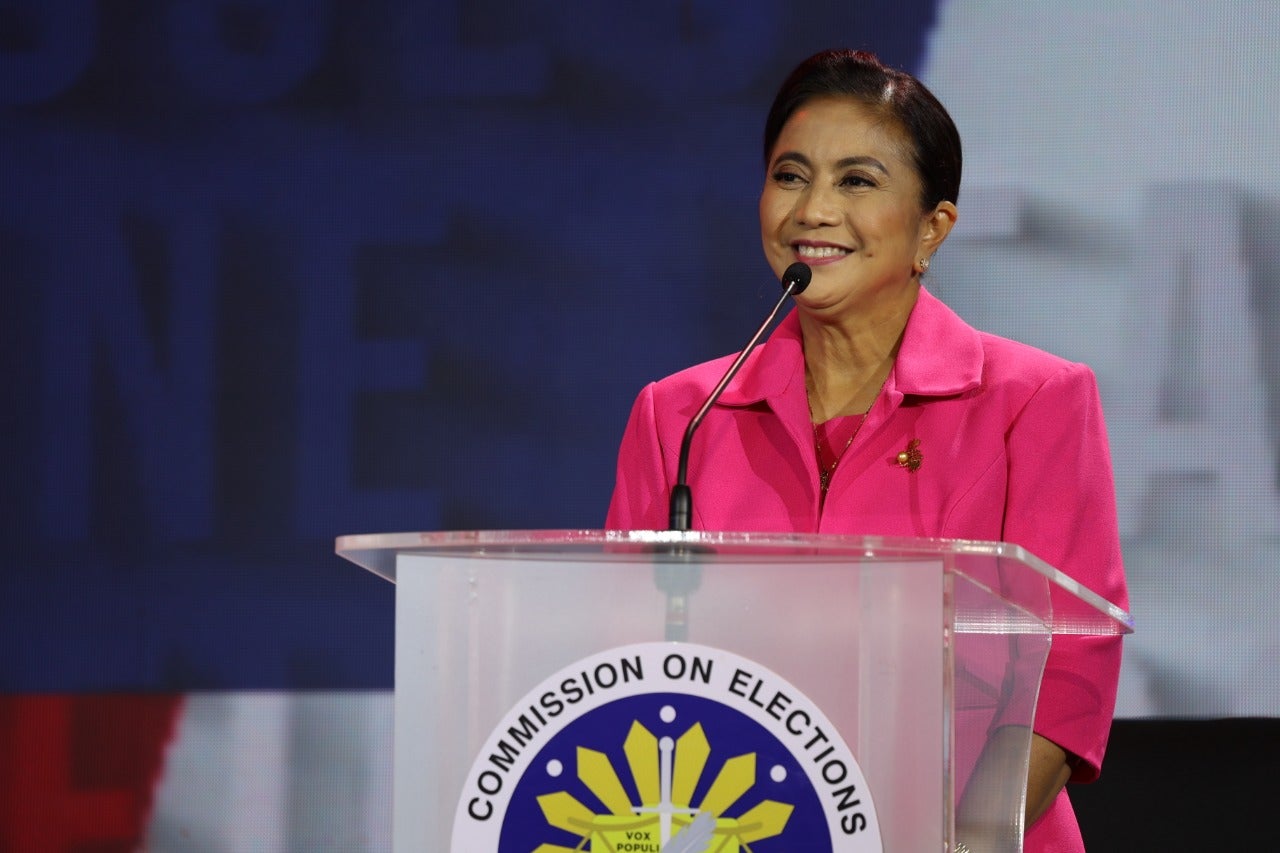 Robredo, her running mate Sen. Francis “Kiko” Pangilinan and some members of their senatorial slate braved the rains brought by Tropical Depression Agaton to meet an estimated 15,000 supporters who were equally drenched at the grand rally in VTC Metrowalk in Virac at 4:30 p.m. Tuesday.

In Masbate City on Wednesday morning, some 20,000 supporters also gathered for another Leni-Kiko political rally at the J. Robredo Boulevard, the street renamed in honor of the vice president’s husband, the  late Interior Sec. Jesse Robredo who died in a plane crash in 2012.

Most areas in Bicol had been suffering from unstable power supply.

The island – province of Catanduanes has been plagued by unscheduled and frequent power interruptions that the First Catanduanes Electric Cooperative, Inc. explained was due to old wires damaged by weather disturbances or strong winds.

Local power distribution firms and cooperatives in the region are saddled by various operational and technical problems such as unpaid consumer bills, systems losses caused by rampant power pilferages, and antiquated transmission lines and stations that are easily damaged by strong typhoons that frequently hit the region.

In Masbate, consumers complain of weekly rotational and unannounced brownouts which could stretch for over 12 hours on Saturdays.

Robredo experienced these power supply interruptions herself when she served as paralegal trainor in the towns of Mandaon and Balud towns in Masbate.

Acknowledging that the rally is near the crash site where her husband breathed his last, she said Masbate is still a second home to her.

“Lots of resources. But so many are poor. We should explore the reasons why this place is still poor. The key to change is in the hands of the people,” she said.

In Catanduanes, Robredo and her team were warmly welcomed by Gov. Joseph “Boboy” Cua and other local officials.

“We have no reason not to support VP Leni, the first ever Bicolana to become the next president of the Republic…after typhoon right away she was around. She also helped us in the COVID-19 vaccination [rollout], making Catanduanes the [one with] most number of persons vaccinated in [the] six provinces in Bicol,” Cua, who is seeking re-election, told the crowd.

Robredo was thankful for the endorsement of local officials but advised voters to vote for her not because she is a fellow Bicolano but due to her track record in public service.

Reps. Scott Lanete and Marvi Bravo, who were with Robredo in the 16th congress, were also around to support her candidacy.

“Let’s not waste our vote. Vote wisely and decide based on truth,” Robredo told supporters in Masbate.