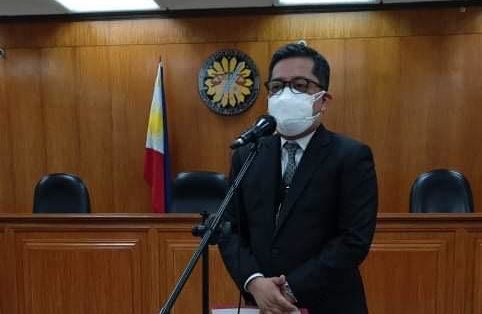 “I fully agree… na (that) it can create a doubt as to the integrity of the entire process. That’s the reason why we would like to go deeper into this incident,” Garcia said on CNN Philippines’ The Source.

Garcia on Monday said that the Comelec’s Task Force Against Fake News will investigate the alleged pre-shading of ballots in Singapore and Dubai.

The Philippine Embassy in Singapore confirmed that a spoiled ballot was “inadvertently and unintentionally” given to a voter, noting that this was an isolated case.

Meanwhile, the Philippine Consulate in Dubai denied such accusations.

Garcia said that he would like to give the benefit of the doubt to the electoral board as the incident may have occurred due to their exhaustion.

“I would like to [give the] benefit of the doubt, perhaps really sobrang pagod ‘yung mga (they are really tired, the) electoral boards,” he said.

Despite this, the commissioner stressed that a spoiled ballot should have been segregated with other valid ballots.

Garcia likewise said that the poll body is “lucky that the voter was able to complain and ask the electoral board” why the ballot is already pre-shaded.

Overseas voting commenced on April 10 and will end on May 9.

Around 1.6 million registered Filipino voters abroad may vote for president, vice president, 12 senators, and a party-list group only.

Read Next
Suspect in robbery, killing of 3 in Rizal, nabbed in Tarlac
EDITORS' PICK
Neda chief: Not higher, but sustained cash aid until 2023
Geek out at TOYCON 2022 powered by Smart Signature
Neda chief: Reopen schools, secure PH kids’ future
‘Weak surge’ in COVID cases over in 2 weeks, says Octa
House energy committee chair Arroyo bats for cheap electricity
High-risk pregnancy: Reducing your risk is in your hands
MOST READ
Don't miss out on the latest news and information.