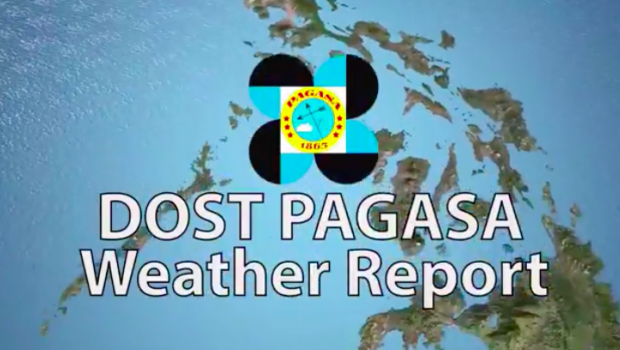 MANILA, Philippines — The severe tropical storm hovering over the boundary of the Philippine area of responsibility (PAR) may enter before Monday ends, but state meteorologists still do not see it directly affecting weather systems.

Forecasts from the Philippine Atmospheric, Geophysical and Astronomical Services Administration (Pagasa) on Monday afternoon showed that Severe Tropical Storm “Malakas,” which will be named Basyang once it enters PAR, is still located at 1,270 kilometers east of Southern Luzon.

It is currently packing maximum sustained winds of 100 kilometers per hour (kph), with gustiness of up to 125 kph.  Malakas may intensify in the coming hours as it remains over the Philippine Sea.

It is currently moving northwest at a speed of 20 kph.

While its current trajectory puts it on track of hitting Cagayan Valley or eastern provinces of Central and Southern Luzon, Pagasa’s forecast tracks show that it will recurve back to the Pacific Ocean.

After entering PAR either on Monday night or early Tuesday morning, Malakas would slowly recurve and exit between Tuesday night and Wednesday morning.

It is then predicted to stay over bodies of water, moving to the east of Japan.  By Saturday, Pagasa said that it may weaken back into a severe tropical storm.

Malakas would have no direct impact in the country, but its interaction with Tropical Depression Agaton — also called the Fujiwhara effect — would mean that Malakas would move slowly and may stay longer inside PAR.

Earlier, Pagasa warned that while Agaton would weaken over the coming hours, it is still expected to bring moderate to heavy rains over different parts of Visayas and Bicol Region.

Currently, the following areas are under Tropical Cyclone Wind Signal No. 1: