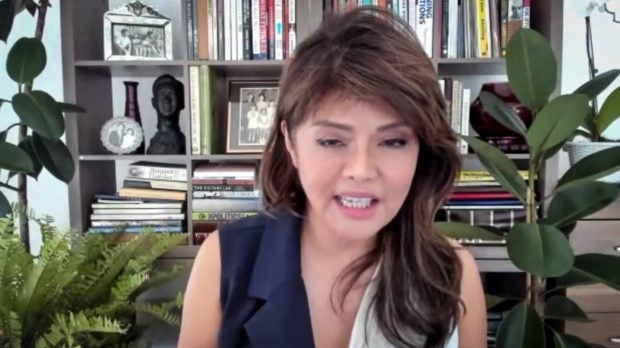 MANILA, Philippines — Senator Imee Marcos on Monday called for an extension of voting hours in Philippine embassies and consulates to ensure all overseas Filipino workers (OFWs) can cast their votes for the 2022 polls.

In a statement, Marcos, chairperson of the Senate committee on electoral reforms and people’s participation, warned that “setbacks” reported on the first day of voting in parts of Hong Kong, the United States, Italy, and New Zealand may also happen in other areas where large OFW populations are located.

“Let’s not wait for a last-minute scramble to implement remedies. Thousands of OFWs will end up being disenfranchised,” she said.

“The immediate solution is to extend voting hours at our embassies and consulates, while the logistical challenges of setting up more voting precincts still have to be sorted out by the Comelec (Commission on Elections),” she added.

Marcos noted that government offices abroad “did not have consistent voting hours, with some ending mid-afternoon and others extending into the night.”

Long lines as well as the delayed shipment of election materials are preventing many OFWs from voting, according to Marcos.

She also cited reports reaching her office from Saudi Arabia and the United Kingdom that some OFWs still did not know where to vote or that the deadline for voter registration was already over.

“The Comelec and DFA (Department of Foreign Affairs) must review the math of accommodating OFWs in different areas daily and within the one-month voting period allotted. It’s also not too late to ramp up an information campaign so that OFWs know their precinct assignments,” Marcos said.

Earlier, the Comelec said the start of the overseas absentee voting in five Philippine foreign posts was delayed due to “logistical difficulties encountered in the shipment of the election materials.”

Over 1.69 million Filipinos living abroad were registered to vote in this year’s polls.

Overseas voting began on April 10 and will last until May 9. Filipino voters abroad may only vote for national candidates namely president, vice president, 12 senators, and a party-list group.