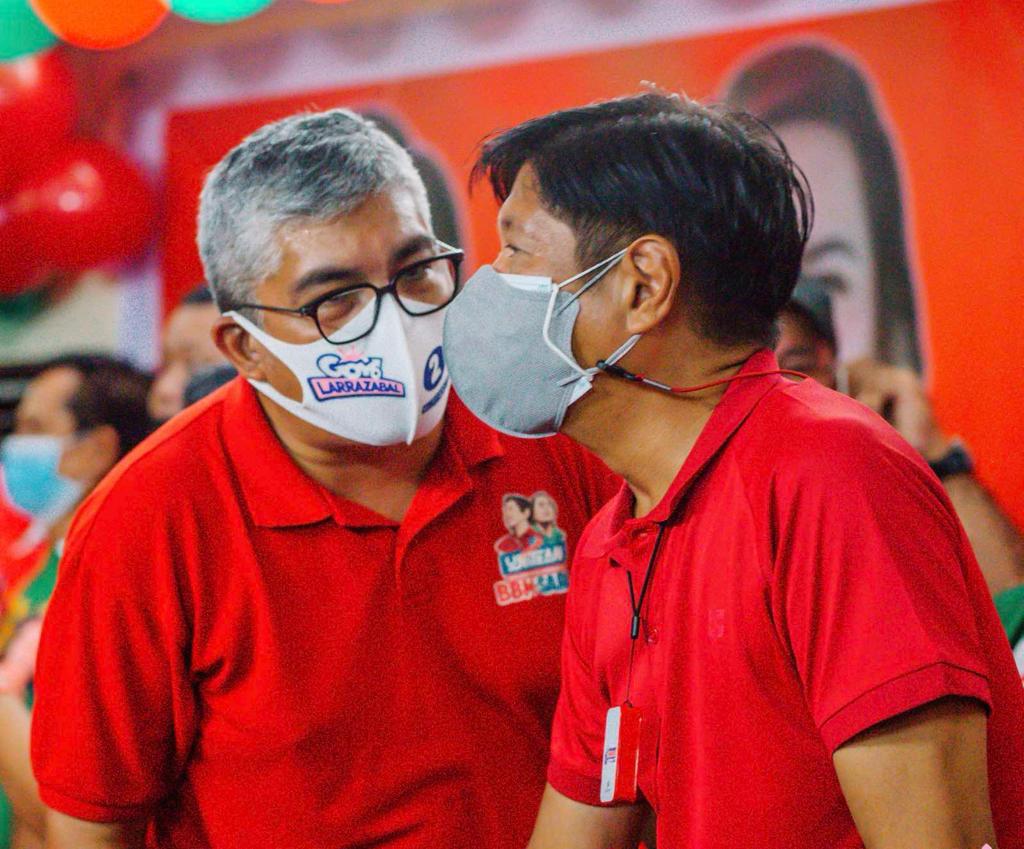 In a gathering attended by some of the province’s most influential political families last Saturday, Marcos said he was glad he insisted on proceeding to Ormoc City despite inclement weather. Aside from bringing his message of unity and hope, the UniTeam presidential bet thanked Leytenos for their commitment to help him seal his victory in the coming May polls.

Former Comelec Commissioner Gregorio “Goyo” Larrazabal, who is running as representative in Leyte’s fourth district, welcomed Marcos and his team. He assured them of full support, saying Marcos “will always be family since he is a true son of Leyte.”

Held at the Larrazabal-owned Hotel Don Felipe in Ormoc City, the special gathering was attended by close to 500 people. The guest list included some most powerful political clans led by the Larrazabals, the Codillas, Aviles, Fiel, Aparis, Mendoza, Pepito, Santiago, Tugunon, and Chu.

Like Larrazabal, the other families pledged their full support to Marcos.

In deciding to run for Congress, he said he wants to seek change in the fourth district and turn his advocacy into action. He is running alongside former Mayor Edward “Ondo” Codilla who is seeking to reclaim his old post as Mayor of Ormoc City.

A lawyer by profession, Larrazabal served as Comelec commissioner from 2009 to 2011.