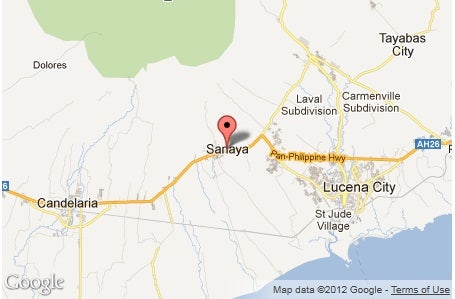 LUCENA CITY – Police arrested a drug suspect and seized over P32,000 worth of shabu (crystal meth) in a buy-bust operation in Sariaya, Quezon on Saturday night.

The Quezon police said  Bernardo Maranan was collared by anti-illegal drugs operatives after he sold one plastic sachet of shabu to an undercover police officer in Barangay (Sampaloc 2 at about 10:30 p.m.

He was detained and is facing a formal complaint for violation of the Comprehensive Dangerous Drugs Act of 2002.