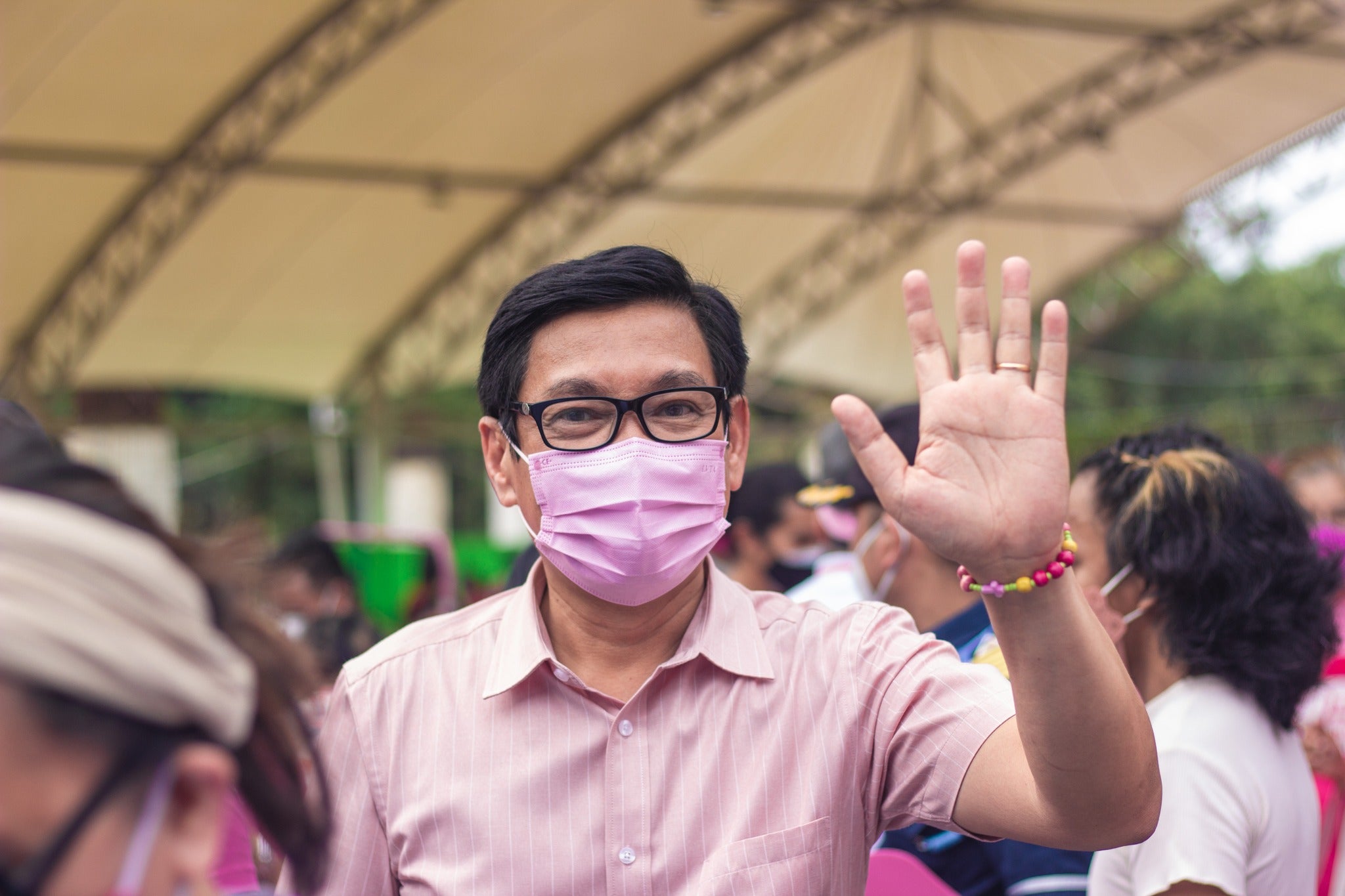 BACOLOD CITY — Negrense senatorial candidate Alex Lacson is filing a formal complaint before the TikTok management for a fake video of his representative speaking at the sortie of presidential aspirant Leni Robredo in Tagbilaran City.

Lacson, candidate of the Kapatiran Party and Tropang Leni-Kiko who campaigned in Negros Occidental this week, said on Friday, April 8, that the video, which garnered almost 3.5 million views, was edited.

“I will formally file a complaint with the management of TikTok. I condemn fake news and videos,” Lacson said.

“Let’s not be fooled by this nefarious video. This is a tactic of fake news peddlers and trolls to mislead and hoodwink our voters. It is the latest in the long deplorable line of fake news and disinformation,” he added.

Lacson said the video that was edited and spliced showed his surrogate speaker saying “ang Presidente ko po ay magnanakaw (my president is a thief)” when he actually said “hindi magnanakaw (is not a thief)”.

The video of his surrogate speaker was also edited to make it appear that he said his president does not pay taxes, has a fake diploma and is afraid of debates when he said the opposite, Lacson said.

It was also made to appear in the video that the crowd at the Robredo rally cheered “BBM” or Ferdinand Marcos Jr. when asked who their president was.

“We all know who manufactures these false and fake videos. We also know who is the candidate who benefits most from fake news, lying and misinformation in social media. I join in solidarity with other victims of fake news in this election. Let us continue to fight against fake news and continue to spread truth to combat falsehood,” he said.