Lacson says MSMEs must be revived to address unemployment 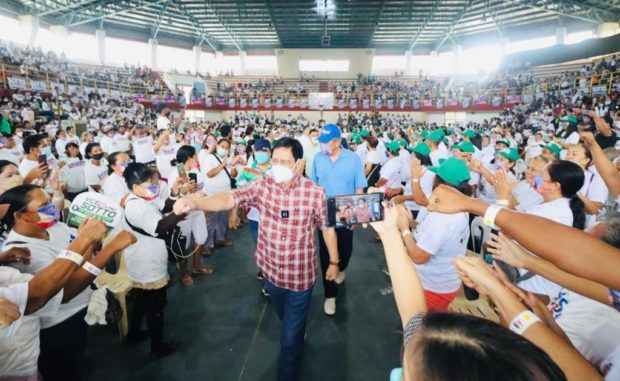 MANILA, Philippines — Independent presidential candidate Senator Panfilo “Ping” Lacson said Friday that the government should prioritize the revitalization of micro, small, and medium enterprises (MSMEs), especially those ravaged by the pandemic-induced lockdowns, to address the problem of unemployment.

Lacson stressed this after the Philippine Statistics Authority reported that the unemployment rate in February was at 6.4 percent, with 3.13 million unemployed for the month.

Lacson, who noted that MSMEs account for 99.5 percent of enterprises in the Philippines and 63.2 percent of the country’s labor force, said he would implement such a policy if he wins on May 9 and becomes president.

“We should revitalize our MSMEs. They are the biggest supplier of labor. They were badly affected by the lockdowns, so they should be the first to be revived,” he said in Filipino, in an interview in Bogo, Cebu, on Thursday.

He added that while the MSMEs are still trying to recover from the pandemic-induced lockdowns, they now face new challenges such as the effects of rising costs of oil.

Lacson reiterated he and his running mate, vice presidential bet Senate President Vicente “Tito” Sotto III, would make it easier for MSMEs to get financial assistance by streamlining the process.

According to Lacson, several agencies have at least 20 programs including microfinancing and credit facilities, but MSMEs may not be aware of them.

He added that aside from streamlining the processes, his prospective administration will set up programs for skills matching.