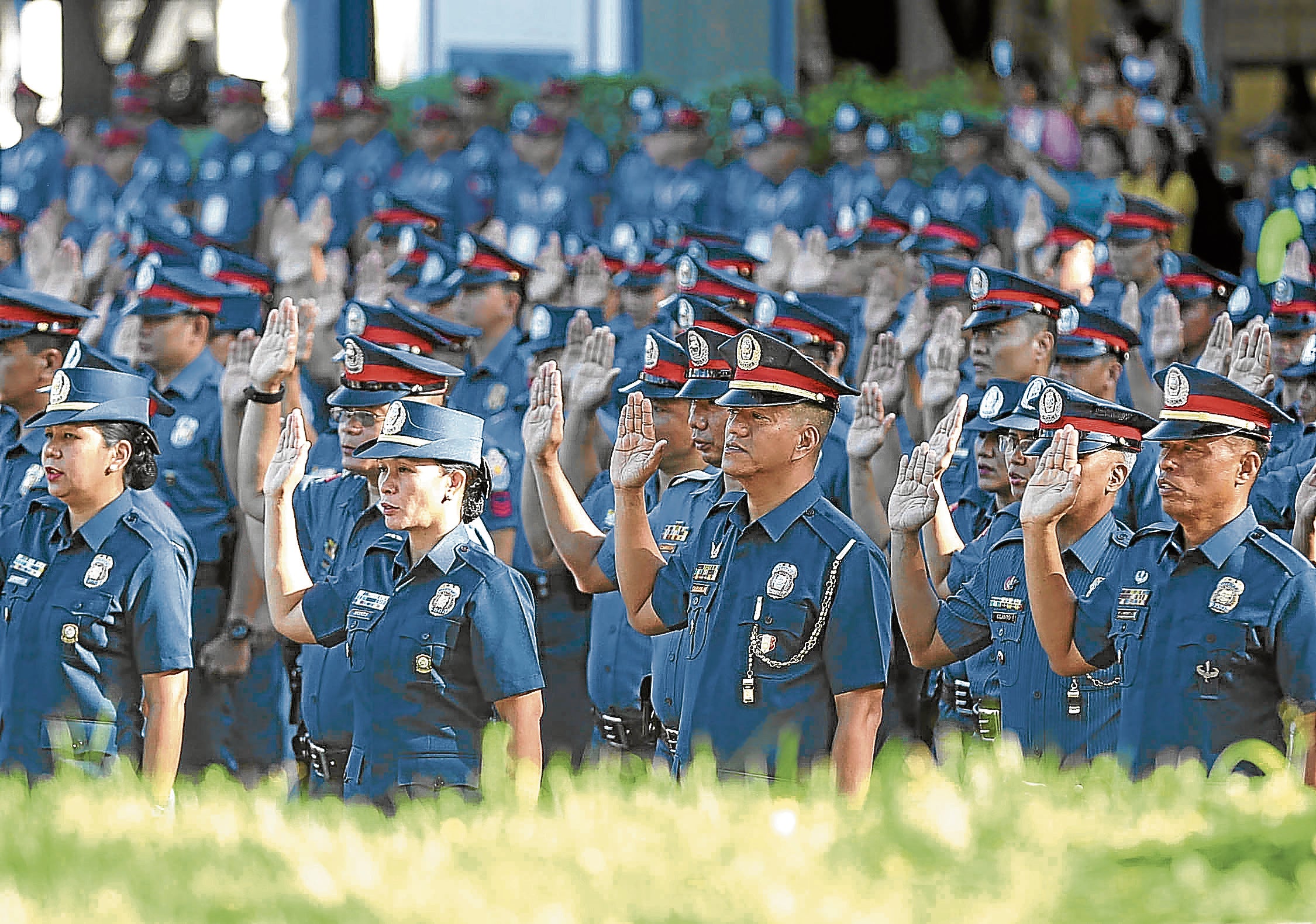 MANILA, Philippines — The Philippine National Police (PNP) on Thursday said it has placed 16,820 of its personnel under training to provide intensive security measures in the upcoming May 9 national and local elections.

“As you assume election duties, may you be reminded of the primordial goal of every police officer to always provide a professional, fast, efficient, and courteous response to a legitimate citizen request for police service or assistance,”  PNP chief Gen. Dionardo Carlos said in a ceremonial turn over at the PNP Headquarters in Camp Crame.

“Let us always ensure that the judicious use of police authority shall be grounded on the respect for human dignity, transparency, integrity, accountability, rule of law, and democratic governance,” he added.

Meanwhile, the PNP said a simultaneous turn-over of some 15,813 PCOs and PNCOs from the 17 Police Regional Offices were likewise made by the respective Regional Task Groups of the PNP Security Task Force NLE 2022.

Meanwhile, the National Capital Region Police Office (NCRPO) said that it had also placed 2,584 of its cops under training for their election duties on May 9..

NCRPO, in a separate statement, said that it is in line with its mandate to provide security measures through “Secure, Accurate, Fair, and Free Elections (S.A.F.E.) 2022.”