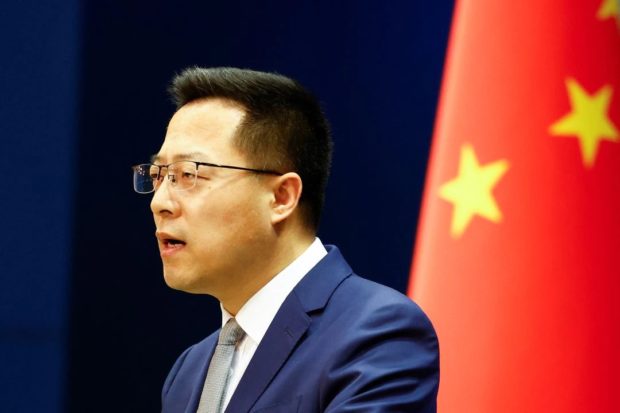 BEIJING — China warned on Thursday it would take strong measures if U.S. House of Representatives Speaker Nancy Pelosi visited Taiwan and said such a visit would severely impact Chinese-U.S. relations, following media reports she would go next week.

China considers democratically ruled Taiwan its own territory and the subject is a constant source of friction between Beijing and Washington, especially given strong U.S. military and political support for the island.

The possible visit has not been confirmed by Pelosi’s office or Taiwan’s government, but some Japanese and Taiwanese media reported it would take place after she visits Japan this weekend.

Chinese Foreign Ministry spokesperson Zhao Lijian told reporters that Beijing firmly opposed all forms of official interactions between the United States and Taiwan, and Washington should cancel the trip.

The consequences of any visit would be born by the United States, he added, without giving details.

Sunday marks the 43rd anniversary of the United States signing into law the Taiwan Relations Act, which guides ties in the absence of formal diplomatic relations and enshrines a U.S. commitment to provide Taiwan with the means to defend itself.

Pelosi, a long time critic of China, particularly on human rights issues, held a virtual meeting with Taiwan Vice President William Lai in January as he wrapped up a visit to the United States and Honduras.

Pelosi is one of the ruling Democratic Party’s most high-profile politicians, and second in the U.S. presidential line of succession after the vice president.

Taiwan has been heartened by continued U.S. support offered by the Biden administration, which has repeatedly talked of its “rock-solid” commitment to the island.