According to Ong, his decision to support the Marcos-Duterte tandem is not for personal reasons but rather for what the province and its people could benefit if Marcos is elected president.

“I have no intention except for what is good for our province. It is not for any personal gain but for your interests,” he said in a statement. 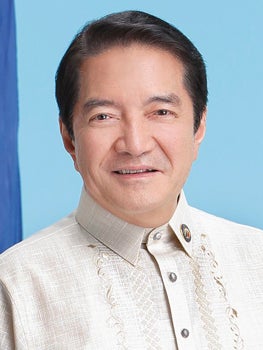 Ong belongs to the National Unity Party (NUP) which earlier came up with a statement of support for Marcos and Duterte-Carpio.

Ong also said that Marcos should be the preferred candidate of the people of Northern Samar.

“BBM is a Waraynon. If you care for our province and for yourself, then let the BBM-Sara tandem win by a landslide here in our province so it will be easy for us to ask for assistance,” he said.

Marcos’ mother, Imelda, is from Leyte.

Ong is not seeking a government post in this year’s elections. His nephew, Harris, the incumbent mayor of Laoang town, will be running as a congressman representing Northern Samar’s second district.

Based on the records of the Commission on Elections, Northern Samar has a total voting population of 453,620.