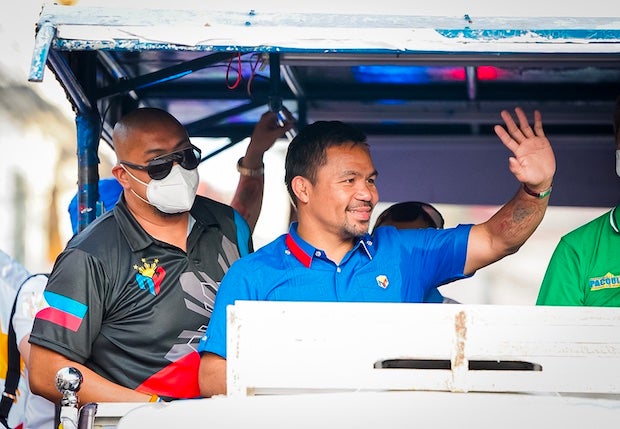 Sen. Manny Pacquiao waves to supporters during one of his visits to different provinces, like this one in Laguna on Dec. 7, 2021. (Photo from his Facebook page)

Pacquiao said that even though Zubiri openly backed and raised the hand of Marcos during a campaign sortie in Bukidnon, he still wants the reelectionist senator to win in the May 9 polls so that Mindanao would have a representative.

(I want him to win because he’s from Mindanao. My intention is, this is not for personal interest but for the interest of the public.)

(What I want is Mindanao to have a representative because I want development there.)

He said he will just let Zubiri be if he wants to endorse another presidential candidate.

The tandem of Senator Panfilo Lacson and Senate President Vicente Sotto III is has dropped Zubiri from their senatorial slate due to his support for Marcos Jr.