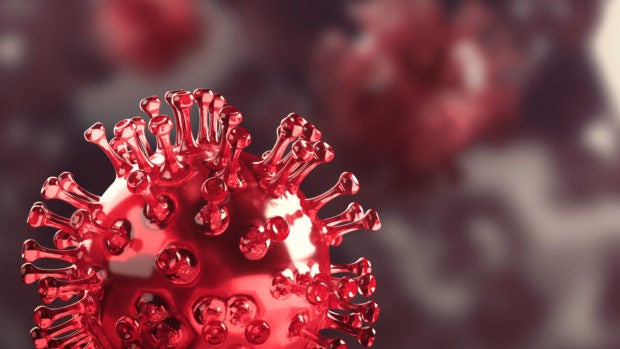 MANILA, Philippines — The Philippines is deemed “ready” should the more infectious recombinant variant of COVID-19 dubbed “XE” enter the country as the threat of a new coronavirus mutation looms.

First detected on Jan. 19 in the United Kingdom, the XE is a combination of two sublineages of the Omicron variant—BA.1 and BA.2. It had infected 637 patients there as of March 19, according to the World Health Organization (WHO).

WHO has found that XE is 10 times more transmissible than the “stealth” subvariant BA.2, which remains the dominant variant globally and has been blamed for surges in various countries.

“Hopefully, [the XE variant] won’t be epidemiologically and clinically more brutal or more dangerous [than previous variants]. We hope that will not happen, but we are ready,” Health Secretary Francisco Duque III told reporters on Tuesday.

He cited the health system capacity of the country for its readiness in case XE spreads here.

Duque also told the Inquirer that with the 73-percent completion of the 90 million population targeted for vaccination “we may actually see low severe to critical case admissions in the hospitals just as we have seen during the Omicron surge last January.”

The health chief said that the government’s “ears are stuck to the ground” as it monitors developments in other countries while data on the recombinant variant remain limited.

In a statement on Monday, the Department of Health (DOH) said that it was in constant coordination with the WHO concerning the first XE case in Thailand, adding that surveillance efforts continue amid the threat of new COVID-19 variants.

The country’s Southeast Asian neighbor reported on Saturday its first XE case. It said the patient had already recovered after developing mild symptoms.

“Observation and monitoring are still ongoing on whether the variant would be categorized as a subvariant of Omicron or a new variant to be named by WHO should it display any significant change in characteristics,” the DOH said.

It said it was continuously monitoring case trends and conducting genomic surveillance with the help of the Philippine Genome Center.

At an online briefing also on Tuesday, infectious diseases expert Edsel Salvana explained that recombinants are formed when two lineages of a virus circulate in a community and simultaneously infect an individual.

This is what happened with XE as well as other emerging recombinants XD and XF, which were first identified in Europe, he said.

XD and XF were formed from the combination of the subvariants of Delta and Omicron.

But Salvana said that vaccines being used in the country “should be effective” against the recombinants, especially XE.

He said the recombinant variant was “more concerning” because it was highly transmissible and a case had been detected in Thailand, which is close to the Philippines.

“We don’t really expect that breakthrough infections will increase in any of these recombinants more than their parent lineages,” Salvana said.

Also on Tuesday, the DOH reported that new daily COVID-19 infections remained low in all the island groups.

According to Health Undersecretary Maria Rosario Vergeire, 2,568 cases, or an average of 366 cases per day, had been recorded from March 29 to April 4.

The positivity rate also slid to 1.8 percent during the same period from 2.1 percent in the previous week, she said.

Data from the COVID-19 tracker on Tuesday showed that Metro Manila recorded the highest number of fresh cases with 1,514 followed by Calabarzon (569), Western Visayas (394), Central Luzon (381) and Central Visayas (323).