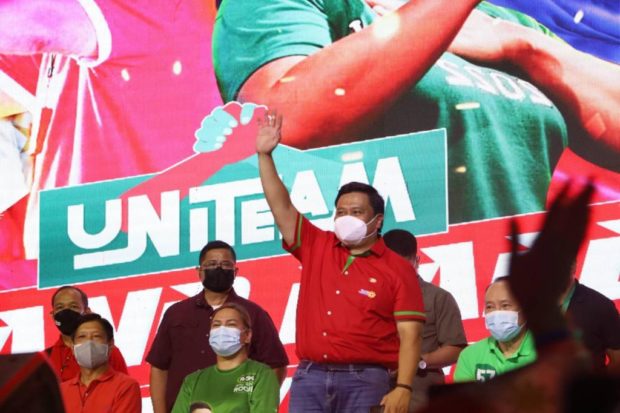 During Arroyo’s 75th birthday celebration attended by UniTeam candidates in Pampanga on Monday, April 4, the younger Estrada served as a bridge for the two former presidents who used to be bitter political rivals.

The UniTeam is running on the main platform of national unity, which they said is needed for the country’s recovery from the pandemic and national progress.

Estrada, who shared that Pampanga is close to his heart since his wife, Precy, hails from the province, linked his father to Arroyo via a phone patch connected to the venue’s public address system.

Erap and Arroyo greeted each other.

In response, Arroyo thanked Erap and also greeted him as he is also set to celebrate his 85th birthday on April 19.

“We need you also,” she told Erap.

The elder Estrada was elected as president in 1998, with Arroyo as Vice President. When Erap was ousted after the so-called EDSA People Power 2 in 2001, Arroyo assumed the presidency via constitutional succession.

Arroyo was elected president in 2004 and granted executive clemency to Erap in 2007 after he was convicted of plunder by the Sandiganbayan.

Arroyo is currently running for a congressional post in Pampanga’s second district.