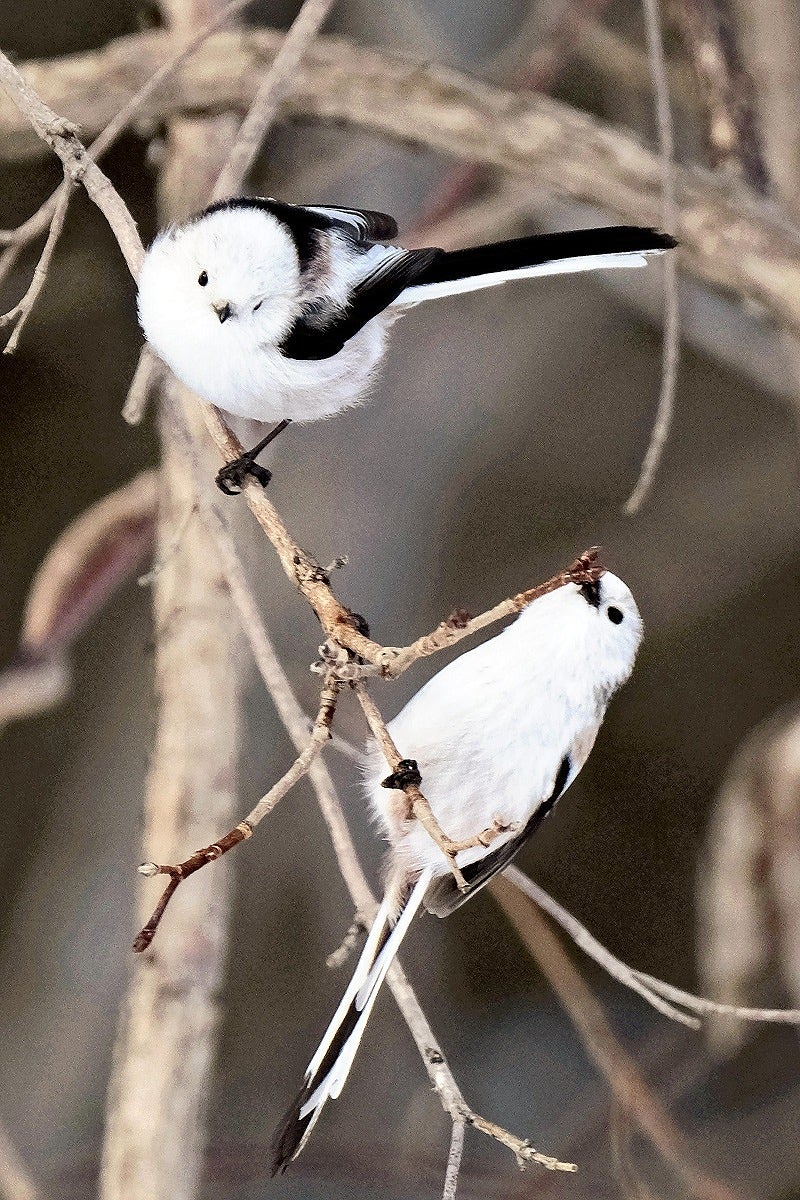 Two shimae-naga long-tailed tits, which are affectionately called “snow fairies,” sit on a tree in Chitose, Hokkaido, on Feb. 17. The Yomiuri Shimbun

SAPPORO — They are small, cute and very fluffy, and now white birds affectionately known as “snow fairies” are winging their way into the hearts of people across Japan.

Shima-enaga, a subspecies of long-tailed tit, are found only in Hokkaido. The birds are among the smallest in Japan: They grow to about 14 centimeters long, but about half of that is their tail. With their lovely round eyes and small bodies covered in white, fluffy feathers, shima-enaga have been appearing left, right and center on social media and other channels, and have become a prized subject of photography enthusiasts.

About five shima-enaga chirped as they recently flew around trees near the Chitose River in Chitose, Hokkaido. The birds perched on branches to eat the fruit and peck at the sap as passersby watched.

The charming birds have inspired a range of products and merchandise that consumers are eagerly snapping up. 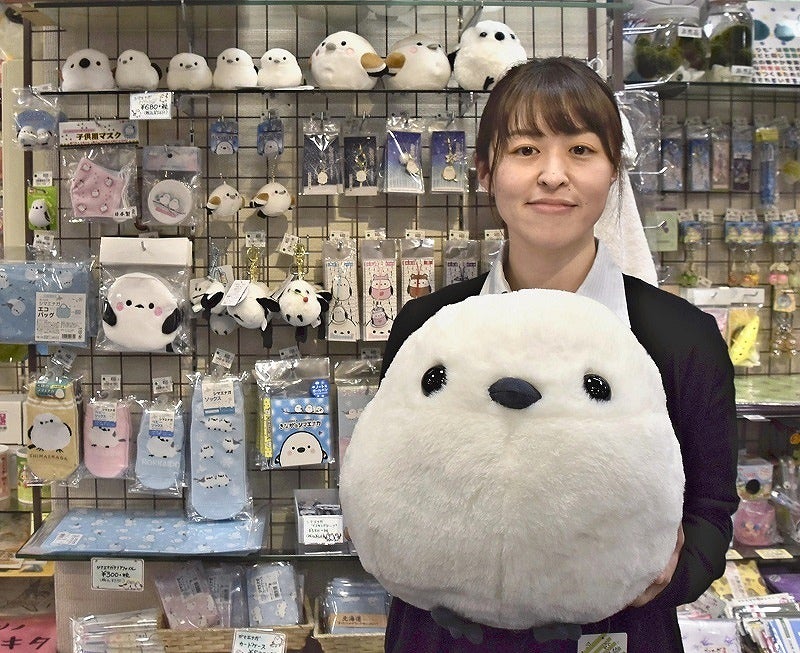 Long-tailed tit items are seen at a shop in Chuo Ward, Sapporo, on March 11. The Yomiuri Shimbun

Tanukiya, a souvenir shop in the Tanukikoji shopping street in Sapporo, sells about 70 kinds of shima-enaga items, including stuffed toys, key chains and confectionery. The shop even set up a corner dedicated to shima-enaga goods, which reportedly have been popular with tourists from outside Hokkaido and local shoppers alike.

“The birds’ adorable appearance seems to be behind their popularity,” said Ryo Takahashi, the shop’s managing director. “I think they’ll grow even more popular, so I want to increase our range of shima-enaga products.”

Matsuya, a confectioner in the town of Akan in Kushiro, Hokkaido, last month started selling its own shima-enaga manju buns stuffed with white bean paste. According to shop president Fukutaro Matsuhashi, edible natural coloring is used for the cute face, which is then individually hand-drawn using either a toothpick or chopstick. Developing the shima-enga buns took about a year. Grated Japanese yam is added to give the bun’s skin a chewy texture, and extra care was taken to make sure they taste good.

“None of the buns have the same facial expression. I hope customers will choose ones they like and try these buns,” said Matsuhashi, 39.

Tsukushi Makita, a Japanese-style confectionery shop in the city of Otaru, started selling shima-enaga nerikiri bite-size sweets in 2020. Word of the confectionery spread quickly on social media, boosting its popularity even outside Hokkaido. The sweets have since become one of the shop’s mainstay products. In some months, Tsukushi Makita sells about 300 sets containing six of the sweets, which sell for ¥1,630. 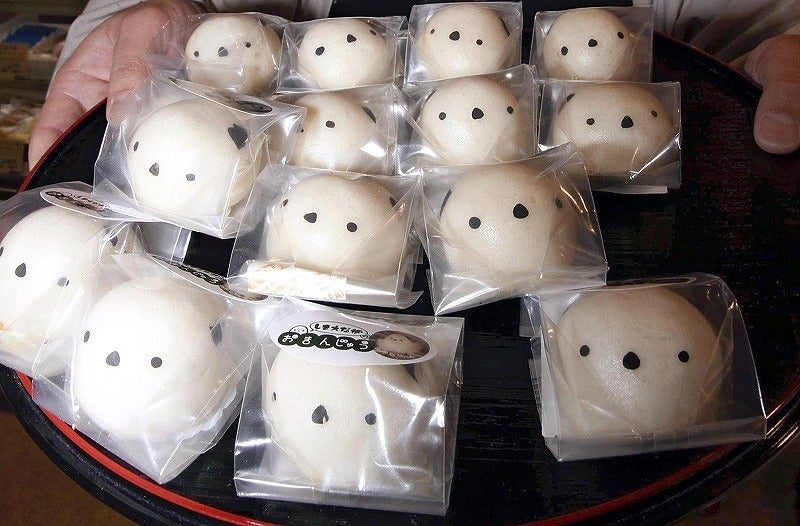 The faces on these buns are drawn by hand, so no two are exactly the same. The Yomiuri Shimbun

“We’ve received many orders from outside Hokkaido,” said Hiroshi Makita, the shop’s manager. “I get the feeling shima-enaga are popular right across Japan.”