PAREx environmental study suspected to have been copied | Inquirer News

PAREx environmental study suspected to have been copied 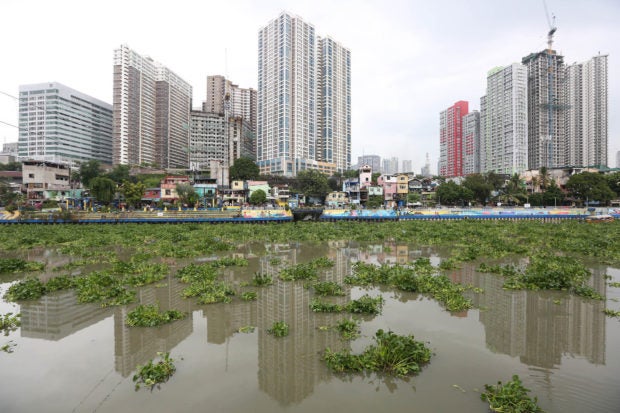 MANILA, Philippines — A private sector-led campaign against San Miguel Corp.’s (SMC) proposed Pasig River Expressway (PAREx) alleged that some parts of the road project’s environmental impact statement (EIS) appeared to have been copied from other reports, thus casting doubts as to whether a proper assessment was conducted in the first place.

In a letter dated March 29 and addressed to the Environmental Management Bureau (EMB) of the Department of Environment and National Resources (DENR), #NoToPAREX campaign representative Joven Jacolbia asked the EMB to “look into possible incidents of misconduct and irregular practice in the preparation of the draft EIS” by the RHR Consulting Services on the 19.27-kilometer PAREx project.

The Inquirer sought comments but SMC has yet to reply.

The group said it had identified sections of the PAREx EIS that “appear to have been lifted almost wholly” from other reports.

The Toll Regulatory Board, in a letter dated April 1 sent to representatives of the Ramon Ang-led conglomerate, asked SMC to comment on the matter.

Among the sections that appear to be copied were the Changes on Local Micro-Climate.

Jacolbia said it was “nearly identical” to an EIS report for the Makati Public Rail Transport System in 2019. He noted that words like “railway track” and “railway car” were even in the PAREx report, which signals that this section was “cut and paste” from other documents.

The same was observed in the PAREx EIS section on greenhouse gas mitigation measures, Jacolbia said. It was almost “identical” to a section in the Environmental Performance Report and Management Plan for the 7×55 MW Circulating Fluidized Bed Combustion Coal-fired Power Plant Expansion Project in Misamis Oriential in 2017.

In addition, the group noted that “several paragraphs” in Section 1.5 on Project Components of the PAREx report were “nearly identical” to some parts of Cavite-Laguna Expressway’s EIS.

“If EMB can verify that such sections were indeed ‘lifted’ from other documents, such practices may be a strong indication that the project proponent, SMC Infrastructure, and its consultant, RHR Consulting Services Inc., may not have carried out the Environmental Impact Assessment with the rigor, diligence and integrity that EMB and the Filipino people expect, as required in the DENR Administrative Order No. 2003-30 Sec 1.c,” Jacolbia said.

“It may also constitute theft of intellectual property, malpractice and violation of professional codes that should be acted upon by DENR-EMB and other concerned agencies,” he added.

The Intramuros Administration (IA) also informed the DENR-EMB that it was not consulted about the project prior to the public hearing last month.

“PAREx, if situated along the banks of the Pasig River adjacent to the boundaries of Intramuros, may affect the structural integrity as well as archeological excavations” of Intramuros Fortifications, Fort Santiago, Intendencia (Aduana) Building, Bureau of Immigration Building and National Press Club Building,” the IA pointed out.

Thus, the IA said it was “imperative that the proponents diligently and truthfully conduct the required Heritage Impact Assessment and Archeological Impact Assessment,” apart from the environmental impact assessment.

PAREx to cut travel time from 2 hours to 15 minutes