Gordon on proposed Marcos estate tax probe: ‘The public has the right to know’ | Inquirer News

Gordon on proposed Marcos estate tax probe: ‘The public has the right to know’ 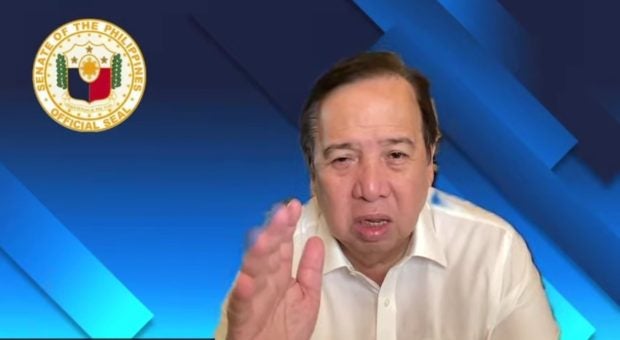 MANILA, Philippines — “Their taxes have to be paid,” Senator Richard Gordon said as he stressed the need for the “public to know” about the Marcos family’s unsettled estate tax obligations following a proposed Senate probe on the matter.

“It’s got nothing to do with timing. The public has the right to know. Their taxes have to be paid, taxes have to be exacted and the government has to enforce the law otherwise, people will stop paying taxes,” Gordon said in an ANC interview on Monday.

Senator Aquilino Pimentel III earlier pushed for a Senate probe into the Bureau of Internal Revenue’s (BIR) supposed failure to collect the estate tax liability of the Marcoses estimated at P203 billion.

“If the IRS (Internal Revenue Service) of the United States exacts tax on an individual including Al Capone, that would be implemented. But here in this country, people…step on eggs when it’s a big guy who’s going to be taxed,” Gordon went on.

“This is a government of laws and not of men and that the law, we apply it equally. If somebody [has committed] tax evasion or tax avoidance or whatever, it is up to the BIR, which is the arm of the government, to make sure that they collect the taxes properly and that they enforce it against those who don’t pay taxes,” he added.

The BIR earlier confirmed sending a written demand to the Marcos family in December 2021 to pay their estate tax liability after the party of presidential candidate Manila Mayor Isko Moreno called for its urgent settlement.

Senator Imee Marcos said her family has yet to get a hold of a copy of this letter and is coordinating with the BIR to resolve the matter.

She also questioned the timing of the revival of her family’s estate tax issue, blaming it on “rotten” politics.

“I have a lot of respect for my colleagues, including Pimentel and including Ms. Marcos, but obviously the BIR has already announced that they are going to collect it, what is the debate about?” Gordon said.

“The BIR should not be engaged in threatening, it should just enforce the law. That will make people feel better,” he added.  (with Jericho Zafra, INQUIRER.net intern)