Mother, two of her kids, die in Taguig fire 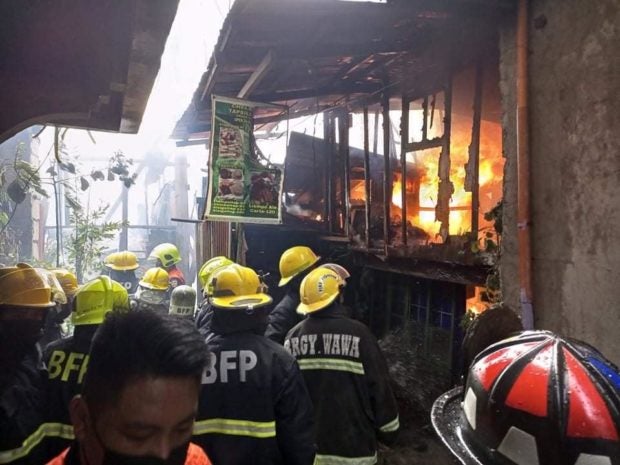 Firefighters at work at a blaze in a residential area in Barangay Calzada, Taguig City. (Photo courtesy of Taguig City Disaster Risk Reduction and Management Office)

MANILA, Philippines — A mother and two of her children died while an elderly woman was injured in a fire that broke out in Barangay Calzada, Taguig City on Saturday morning, the Bureau of Fire Protection (BFP) reported.

Ivy Berde, 33, and two of her children aged 2 and 3 died in the fire while a 62-year-old woman identified as Obdulia Delos Santos was hurt in the blaze.

GMA News reported that Berde was able to give her four-month-old baby to a relative before going back to their burning house to save her children, but the three of them were not able to get out.

The fire spread to some 50 houses and establishments causing an estimated damage of P350,000.

The BFP also said the fire started at the house of Delos Santos.

The cause of the fire is still under investigation.