DAVAO CITY, Philippines —  No less than the Guinness World Records debunked the claim made by a group supporting the presidential bid of Ferdinand “Bongbong” Marcos Jr. that the candidate holds the record for the longest motorcade in the Philippines.

Attached in the post was a photo bearing a Guinness certificate logo. 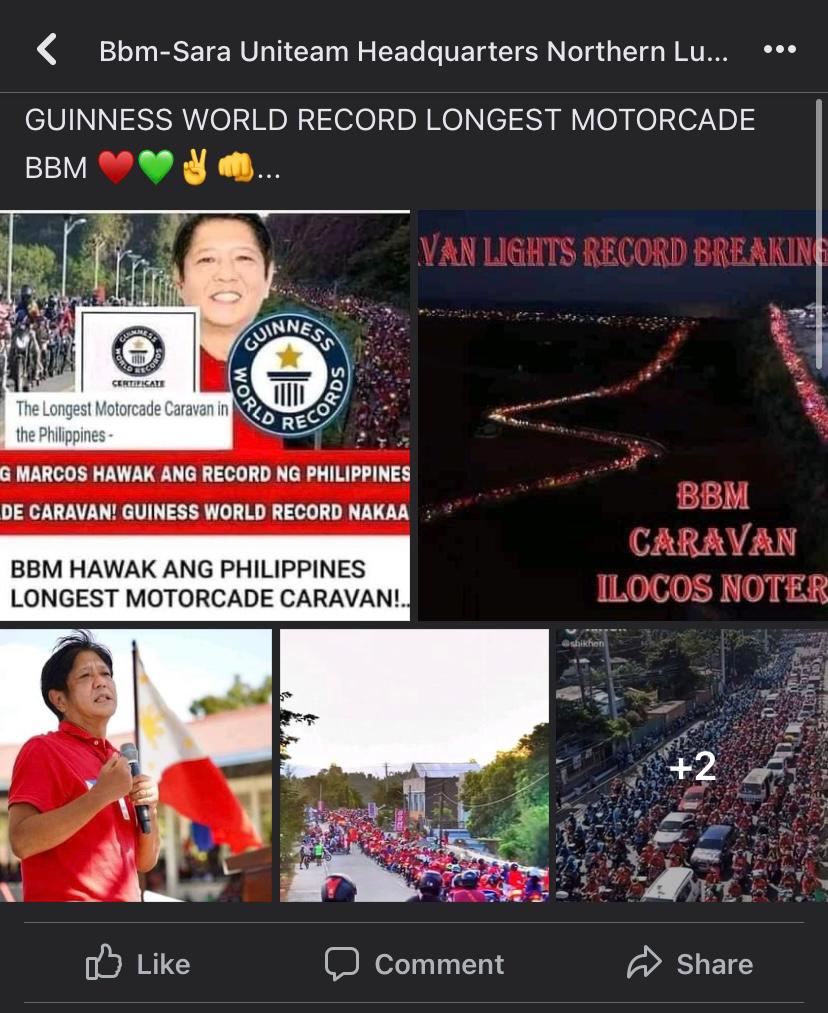 Guinness replied to the post saying: “This information is incorrect.”

“Not here to waste anyone’s time,” Guinness said in a separate Twitter post, quoting a netizen who took a screenshot of Guinness’ reply to the Facebook page.

Preliminary findings of Tsek.ph, an academe-based fact-checking initiative, showed that Marcos is the beneficiary of positive but misleading messaging on social media ahead of the 2022 national elections.

Meanwhile, Tsek.ph found that Vice President Leni Robredo, who is also seeking the presidential post, is the “biggest victim” of disinformation.

Contrary to the findings, however, Marcos himself has claimed that he is not the one at the advantage of fake news on social media as he is a victim too.