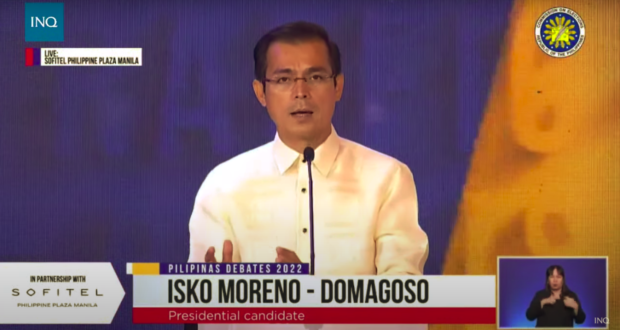 Mangelen is the chairman of the other faction of PFP, aside from the party faction led by presidential candidate Ferdinand “Bongbong” Marcos Jr.

Speaking before the grand rally at Iligan City Public Plaza in Lanao del Norte on Wednesday, Mangelen said his faction’s National Executive Committee endorsed Moreno since he fits the core values of the party on fighting corruption, illegal drugs, criminality, and poverty.

“We could choose nobody else but the good mayor of Manila — Mayor Isko Moreno,” Mangelen said in Filipino during the rally, which was live-streamed on Moreno’s Facebook page.

Mangelen, who is also the commissioner of the National Commission for Muslim Filipinos, said Moreno’s building of the Islamic Cemetery in Manila led him to endorse his presidential bid.

Previously, Mangelen filed a disqualification case against Marcos before the Commission on Elections. The petition, which was included in the consolidated cases, has since been dismissed by the Comelec.