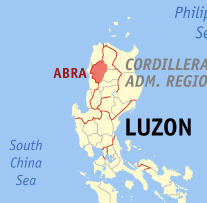 BAGUIO CITY––Policemen in the middle of a standoff with officials of Pilar town in Abra province were allowed Wednesday to retrieve the remains of a fatality and the van involved in a checkpoint violation that turned violent Tuesday.

The body belonged to a security aide of Vice Mayor Jaja Josefina Somera-Disono, who had refused to leave her residence after an exchange of gunfire between Pilar police and a group of men who took shelter at her home.

Disono’s bodyguard was identified as Sandee Boy Bermudo, of legal age, according to the Philippine National Police (PNP).

Capt. Ronaldo Eslabra, Pilar police chief, said they were granted access to the body and a Toyota Hiace van that the police had chased after it sped through an election checkpoint in the middle of a busy street in the town center.

Crime scene investigation by a PNP Forensic Unit on the suspects’ Toyota Hiace van initially yielded a 9mm Stribog SP9A3 pistol carbine, and a magazine with 20 rounds of ammunition.

The policemen said the van hit two members of the Police Regional Mobile Force Battalion before one of its passengers allegedly fired a shot, hitting the windshield of a cop vehicle.

The van and the recovered body will undergo a forensic examination. Eslabra is leading negotiations with Disono to resolve what is now a two-day impasse.

The Cordillera police, meanwhile, denied that the incident was not a case of harassment but a legitimate hot-pursuit operation.