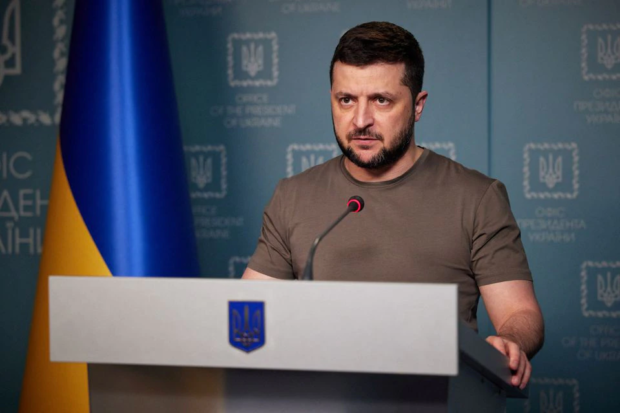 LVIV, Ukraine — Ukraine reacted with skepticism to Russia’s promise in negotiations to scale down military operations around Kyiv and another city as some Western countries expected Moscow to intensify its offensive in other parts of the country.

Talks took place in an Istanbul palace more than a month into the largest attack on a European nation since World War Two that has killed or injured thousands, forced nearly 4 million to flee abroad and pummelled Russia’s economy with sanctions.

The invasion has been halted on most fronts by stiff resistance from Ukrainian forces who have recaptured territory even as civilians are trapped in besieged cities.

READ: Russia pledges to reduce attack on Kyiv but US warns threat not over

“In order to increase mutual trust and create the necessary conditions for further negotiations and achieving the ultimate goal of agreeing and signing (an) agreement, a decision was made to radically, by a large margin, reduce military activity in the Kyiv and Chernihiv directions,” Russian Deputy Defence Minister Alexander Fomin told reporters.

He made no mention of other areas that have seen heavy fighting, including around Mariupol in the southeast, Sumy and Kharkiv in the east and Kherson and Mykolaiv in the south. 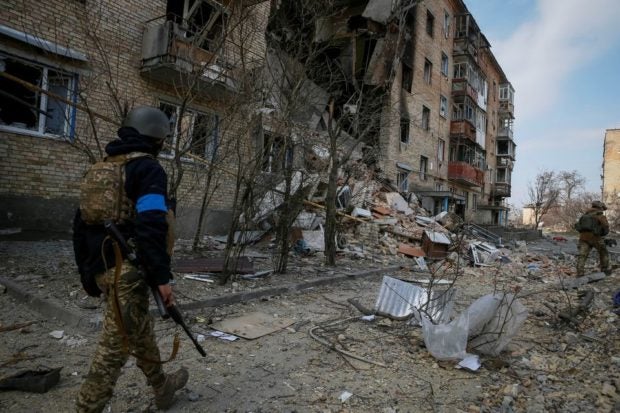 “Ukrainians have already learned during these 34 days of invasion, and over the past eight years of the war in Donbass, that the only thing they can trust is a concrete result.”

Russia has started moving very small numbers of troops away from positions around Kyiv in a move that is more of a repositioning than a retreat or a withdrawal from the war, the Pentagon said on Tuesday.

“We all should be prepared to watch for a major offensive against other areas of Ukraine,” spokesman John Kirby told a news briefing. “It does not mean that the threat to Kyiv is over.”

Britain’s Ministry of Defence in an intelligence update said: “It is highly likely that Russia will seek to divert combat power from the north to their offensive in the Donetsk and Luhansk regions in the east.”

Reuters could not immediately verify the claims made by either side. 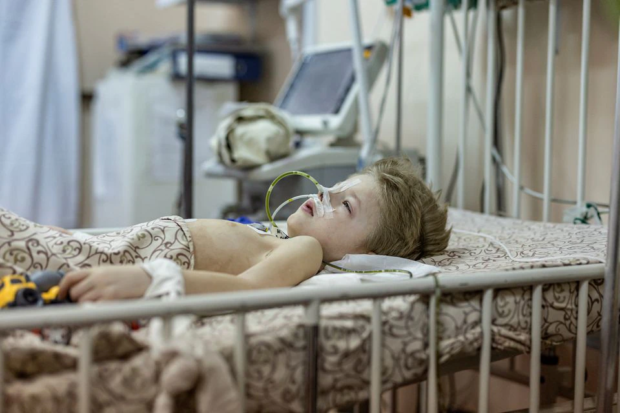 Dima, a three-year-old boy who was wounded during the shelling of Mariupol, lies in a bed in children’s ward of the hospital, as Russia’s invasion of Ukraine continues, in Zaporizhzhia, Ukraine, March 29, 2022. REUTERS

The Moscow-backed self-proclaimed Donetsk People’s Republic in eastern Ukraine may consider joining Russia once it controls all of Ukraine’s Donetsk region, its leader was quoted as saying. Kyiv has said any such move would have no legal basis.

U.S. President Joe Biden will talk to the leaders of France, Germany, Italy and Britain on Tuesday to discuss the latest developments in Ukraine, the White House said.

Russia calls its assault a “special operation” to disarm and “denazify” Ukraine. The West says it launched an unprovoked invasion.

Some analysts noted that Russia’s promise to reduce fighting mostly covered areas where it has been losing ground.

The general staff of the Ukrainian armed forces said Russia’s promise to curtail military operations in some areas was “probably a rotation of individual units and aims to mislead.”

The Russian military accused Ukrainian forces in cities under attack of using ceasefires to restore their combat readiness and set up firing points in hospitals and schools, Interfax news agency said.

U.S. troops in Poland are “liaising” with Ukrainian forces as they hand over weapons to them and a total of 10 F-18 aircraft and more than 200 troops are being deployed to NATO member and Russian neighbour, Lithuania, said Kirby.

Ukrainian negotiators said that under their proposals, Kyiv would agree not to join alliances or host bases of foreign troops, but would have security guaranteed in terms similar to “Article 5”, the collective defence clause of the transatlantic NATO military alliance.

They named Israel and Nato members Canada, Poland and Turkey as countries that may give such guarantees. Russia, the United States, Britain, Germany and Italy could also be involved.

The proposals, which would require a referendum in Ukraine, mentioned a 15-year consultation period on the status of Crimea, annexed by Russia in 2014.

The fate of the southeastern Donbass region, which Russia demands Ukraine cede to separatists, would be discussed by the Ukrainian and Russian leaders.

Medinsky said Russia’s delegation would study and present the proposals to president Putin.

To prepare a peace agreement, Medinsky later told the TASS news agency, “We still have a long way to go”.

In Ukraine’s besieged seaport Mariupol, thousands of civilians may have died, the head of the United Nations human rights mission in the country told Reuters on Tuesday.

Those who remain are suffering.

“We are eight people. We have two buckets of potatoes, one bucket of onions,” said Irina, an engineer, in her apartment where windows had been blasted out.

Elsewhere, Ukrainian forces have made advances, recapturing territory from Russian troops on the outskirts of Kyiv, in the northeast and in the south.

In the southern city of Mykolaiv, a missile blasted a hole through the main administrative building. Authorities said at least 12 people were killed and 33 injured.