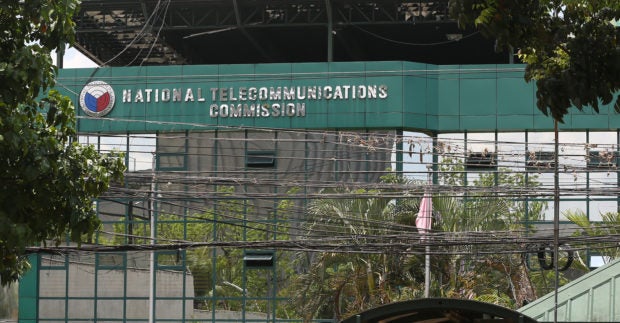 According to the complainants, the NTC should recall the radio frequencies assigned to NOW Telecom “in view of its inefficient use, non-operation, circumvention, and nonpayment of Spectrum User Fees (SUF) and violations of the terms and conditions of its Provisional Authority.”

They also asked the NTC to collect the required SUF and impose the appropriate administrative sanction and penalties on the telecom company.

In the document, the complainants mentioned Section 4(c) of the Republic Act No. 7925 or the Public Telecommunications Policy Act, which states that the government “shall allocate the radio frequency spectrum to service providers who will use it efficiently and effectively to meet public demand for telecommunications service.”

Section 15 of the same law also states that the use of the radio frequency should be subject to reasonable spectrum user fees or SUF.

In 2018, NOW Telecom, formerly Infocom Communications Network Inc., secured an extension of its congressional franchise to build and operate a telecommunications network until 2043. This comes after President Rodrigo Duterte signed into law Republic Act 10972, which renewed the franchise of the company for another 25 years.

Specifically, the law grants the company “a franchise to construct, establish, operate and maintain mobile radio systems such as radio, paging systems, cellular phone systems, personal communication network, and trunked radio systems within and without the Philippines.”

In 2020, the NTC also extended the provisional authority of NOW Telecom to install, operate, and maintain a nationwide mobile telecommunications system.

However, the complainants stated that NOW Telecom “has been using its franchise and its state-assigned frequency for many years now. In that span of time, there were no developments outside Metro Manila much more any improvements made in Metro Manila.”

“Evidently, neither signal towers were installed nor physical office was established by the Respondent not only in the Complainants’ localities but also in their other areas of operation,” they added.

The complainants said they were “prompted to file the instant complaint as the Respondent miserably failed to provide internet service in their locality despite enjoying the radio frequency assigned to it by the state.”

“Furthermore, after the inspections conducted by the Regional Offices of the NTC in September 2020, the Respondent’s permits to purchase (radio equipment), construct, and or install as well as issued radio station licenses (RSL) have not increased as committed,” the complaint states.

“Only 10 stations in 6 sites out of the total 2,036 stations in 245 sites are installed with radio communications equipment. Without the necessary roll-out or site deployment, the subscribers imagined by the Respondent could not even be reached,” it also points out.

INQUIRER.net has reached out to NOW Telecom through the contact page of its website and its email for their comment but has yet to receive any as of this posting.