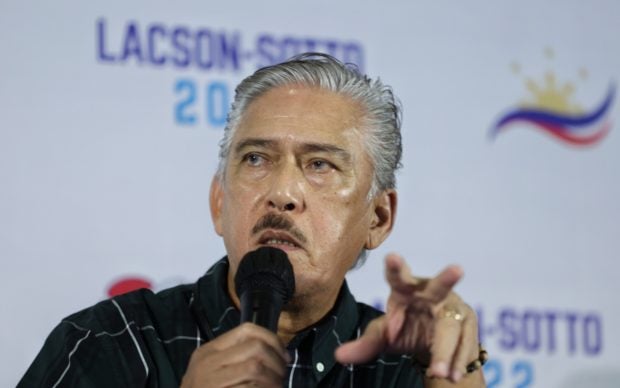 MANILA, Philippines — Holding big political rallies are not only expensive, as chances are that those big assemblies also have the same people showing up every time.

Senate President Vicente “Tito” Sotto gave this explanation on Tuesday when asked why he and his running mate, Senator Panfilo Lacson, would prefer town hall meetings over grand political rallies.

“Ayaw namin ng malalaking political rallies,”  Sotto, who is running for vice president, said in an interview over DRZH.

(First, you need to spend. The thousands of people attending the political rallies here will also show up in another rally the following day.)

Another consideration why they are avoiding political rallies is the need to continue to observe health protocols amid the COVID-19 pandemic, Sotto said.

Instead of holding political rallies, he said they would rather hold dialogues or town hall meetings so they could talk to the people directly.

(We  invite those who want to listen like barangay leaders, leaders of vendors, leaders of TODA, seniors, and other sectoral representatives, including  government officials)