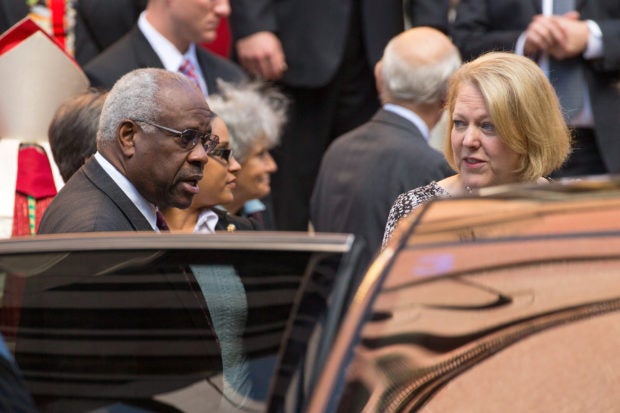 WASHINGTON — The congressional panel investigating the deadly Jan. 6, 2021, attack on the U.S. Capitol may seek to interview Virginia Thomas, a Republican activist and wife of Supreme Court Justice Clarence Thomas, a source familiar with the matter said on Monday.

The U.S. House of Representatives’ Select Committee has conducted hundreds of interviews in its investigation of the attack on the Capitol last year by supporters of former President Donald Trump as lawmakers were poised to certify the 2020 election.

Several media outlets, including CNN on Monday, have reported the committee’s possible interest in hearing from Virginia Thomas since her texts with Trump’s then-chief of staff, Mark Meadows, were made public last week in a Washington Post/CBS report.

Virginia Thomas, who goes by Ginni, is active in conservative circles and earlier this month said in a separate media interview that she had attended Trump’s rally hours before the Capitol riot.

In a series of 29 messages to Meadows following Trump’s loss, Thomas repeatedly asked Meadows to work to overturn the election results. Meadows was found in contempt of Congress for refusing to cooperate fully with the Jan. 6 probe.

Thomas, who the court said was hospitalized last week for an infection, was the lone dissenting voice in January when the U.S. Supreme Court rejected Trump’s request to block the release of White House records sought by the congressional panel.