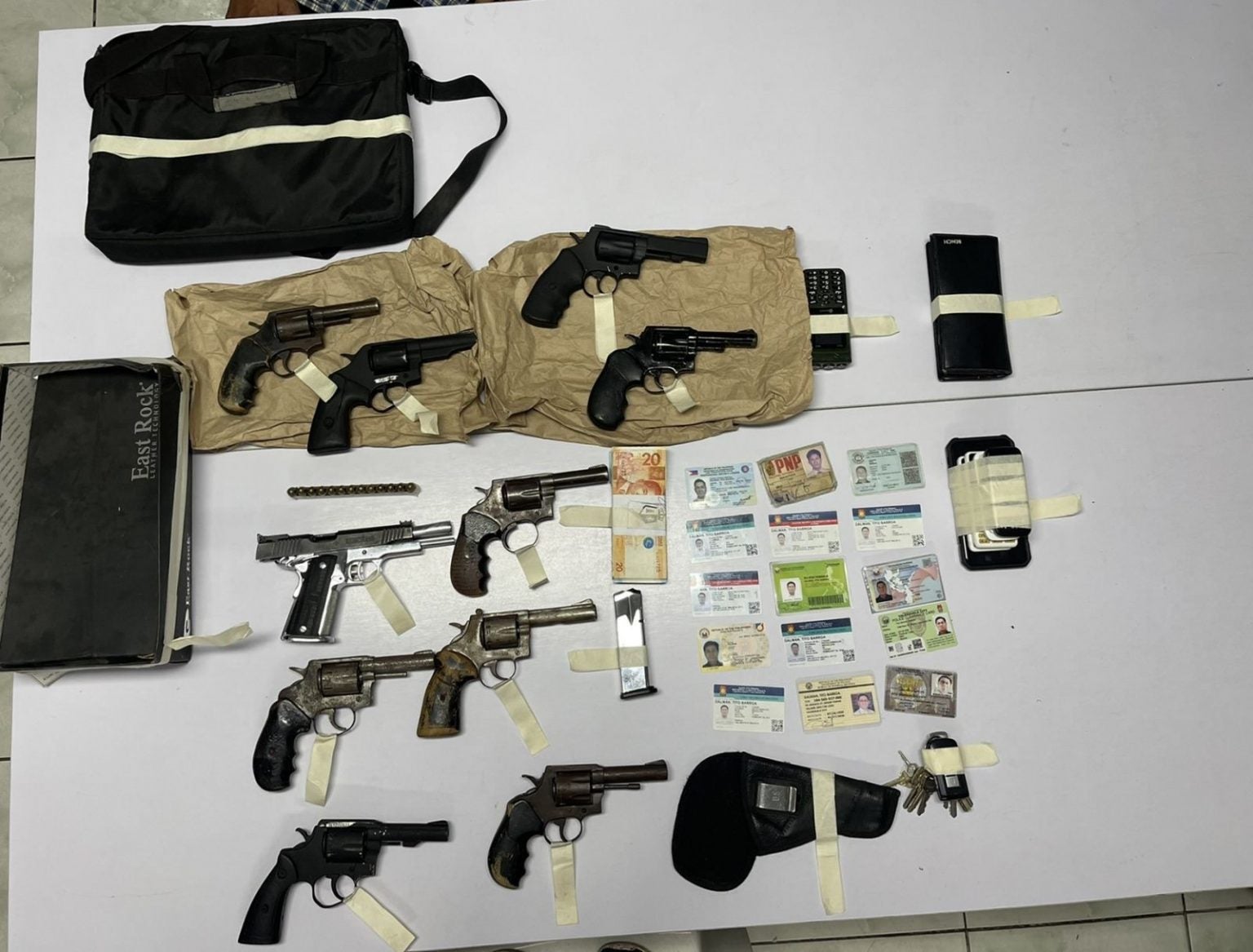 In a statement on Sunday, NCRPO identified the suspects as Tito Dalman, 62, and Emiliano Dalida, 58, both employees of a security agency.

When they verified the information, operatives conducted an entrapment operation.

NCRPO said a policeman posing as a buyer and a confidential informant fetched Dalida in a subdivision at Novaliches, Quezon City. Dalida then carried four .38-caliber revolvers and told the police poseur buyer that five other firearms were with his cohort Dalman.

They followed Dalida to a supermarket on McArthur Highway in Karuhatan, Valenzuela City, where they met Dalman inside his vehicle, the NCRPO said.

“The suspects brought out nine pieces of caliber .38 revolver in exchange of the agreed amount of P15,000. The police poseur buyer personally handed the agreed amount to Emil. After counting the money, the latter separated P5,000.00 and handed over the remaining money to Tito,” the NCRPO said.

Immediately after the transaction, operatives arrested the suspects.

Seized from the two were one piece of .45-caliber pistol, eight units of .38-caliber revolvers, one piece of magazine for caliber .45, 15 pieces of live ammunition, one unit of white car, cash amounting to P102,090, 12 pieces of identification cards (ID) of Tito Dalman.

Other confiscated items were five cellphones, a black wallet belonging to Emil Dalida containing various IDs, credit cards and P4,610 cash, one black laptop bag, one black shoebox, one car key, one green oven cellular phone, and one piece of black inside holster for pistol.

The suspect and recovered pieces of evidence were held at the Criminal Investigation and Detection Group (CIDG) NCR Office for proper disposition.

The suspects will face charges for violating of Republic Act 10591 or the Comprehensive Firearms and Ammunition Regulation Act, the Omnibus of Election Code of the Philippines and Republic Act 7166, NCRPO said.

“While we step up our efforts for the forthcoming May 2022 elections, we continuously intensify our campaign against all forms of criminality and illegal drugs. Our men on the ground are doing their utmost effort to go against lawless elements to end their nefarious activities,” Natividad said.

“We also thank the continuous support and cooperation of the public in reporting to us illegal activities of individuals/groups. Rest assured that their identity will be kept confidential,” he added. —Jericho Zafra, INQUIRER.net intern

Worker in Quezon province nabbed for illegal possession of firearms