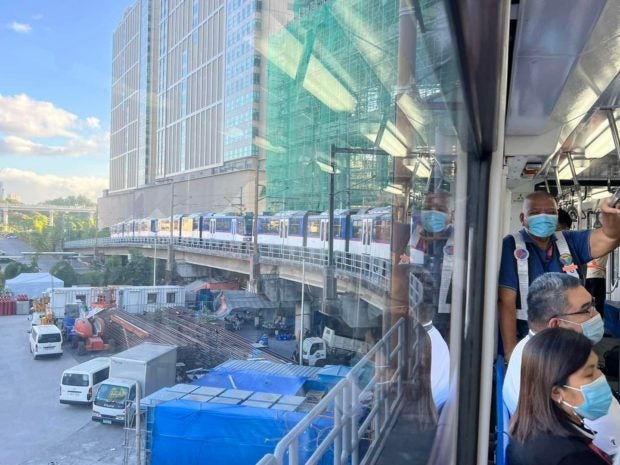 Four-car train sets will operate during peak hours in the morning and afternoon during weekdays, MRT-3 management said.

“MRT-3 made history again after it [successfully] deployed a 4-car CKD train set on its revenue line for the first time ever today, 28 March 2022, at the opening of the line’s month-long FREE RIDE program,” it said in a statement.

A four-car train set can carry up to 1,576 passengers.

MRT-3 officer in charge General Manager Michael Capati said that the train line could deploy 18 to 22 trains during peak hours from the 10 to 15 train sets before its rehabilitation.