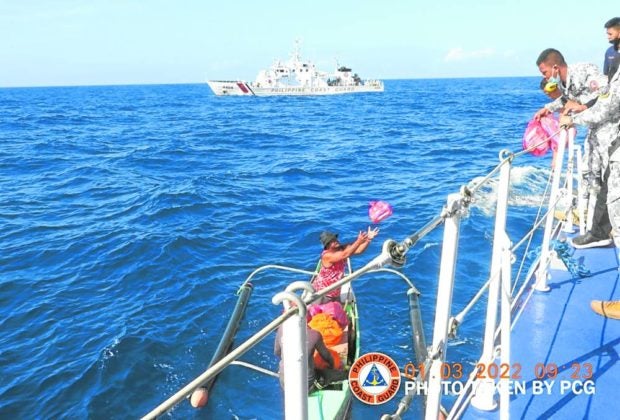 The PCG said the incident occurred last March 2 while one of its ships, BRP Malabrigo, was patrolling the disputed waters.

“Coast Guard personnel have monitored a CCG vessel with bow number 3305 that conducted a close distance maneuvering of approximately 21 yards towards BRP Malabrigo (MRRV-4402) while the said PCG vessel was sailing at the vicinity waters off Bajo de Masinloc,” said the PCG in a statement.

The PCG said such was a “clear violation” of the 1972 International Regulations for Preventing Collisions at Sea (COLREGS).

PCG Commandant Artemio Abu said that the incident was the fourth time their vessels had a close encounter with the Chinese Coast Guard in Scarborough Shoal.

The first one was reported on May 19, 2021 when a PCG-manned BFAR vessel reported the first incident of close distance maneuvering involving a CCG vessel with bow number 3301.

The second and third incidents involved two CCG vessels (bow numbers 3301 and 3103) that conducted close distance maneuvering with two of the PCG’s ships during its maritime capability enhancement exercises in Bajo de Masinloc on June 1 to 2, 2021.

“The behavior of the involved CCG vessels increased the risk of collision with four of our capital ships. Hence, we immediately coordinated with the National Task Force for the West Philippine Sea (NTF-WPS) and the Department of Foreign Affairs (DFA) to address this issue through rules-based and peaceful approaches,” said Abu.

Abu then assured that the PCG will continue to deploy personnel in the contested waters.

“We are fully aware of dangerous situations at sea, but these will not stop our deployment of assets and personnel in Bajo de Masinloc, Philippine Rise, and other parts of the country’s exclusive economic zones (EEZ),” said Abu.

“We will continue to work silently and diligently for we are serving Filipino fishermen at sea. As long as they feel safe seeing us during their fishing operations, we know that we are doing our job well,” he added.