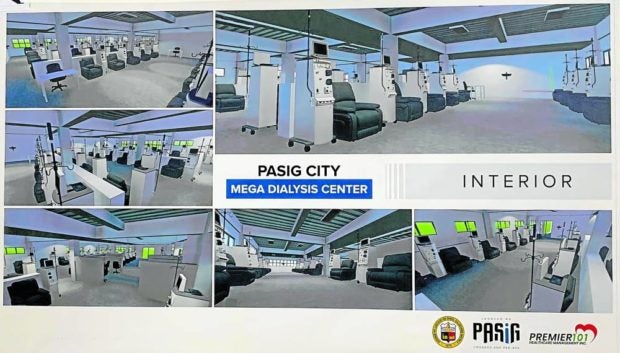 ROOM FOR MORE | The three-story Pasig City Mega Dialysis Center, the interiors presented here in a computer rendering, is designed to be one of the biggest dialysis providers in the country. (CONTRIBUTED PHOTO)

MANILA, Philippines — Jesselito Salvoza, a 57-year-old resident of Pasig City, was among the patients who thought they were nearing the end of their lives due to the challenges brought by their dialysis treatment.

Salvoza, who is also the president of Pasig City Kidney Patients Association, was diagnosed with renal hypertension and has been undergoing dialysis since 2015.

“Now, there is a chance for us to survive,” he said on Thursday during the signing of the joint venture agreement (JVA) between the Pasig local government and Premier 101 Healthcare Management for the P54-million Pasig City Mega Dialysis Center — the first public-private sector partnership project of the city since 2016.

Designed to become one of the biggest dialysis centers in the country, it will be housed in an existing three-story facility where a total 79 dialysis machines will be put into service.

This will add to the 37 existing machines and bring the total number of dialysis machines to 116, or three times the capacity that the city currently offers, according to Mayor Vico Sotto. 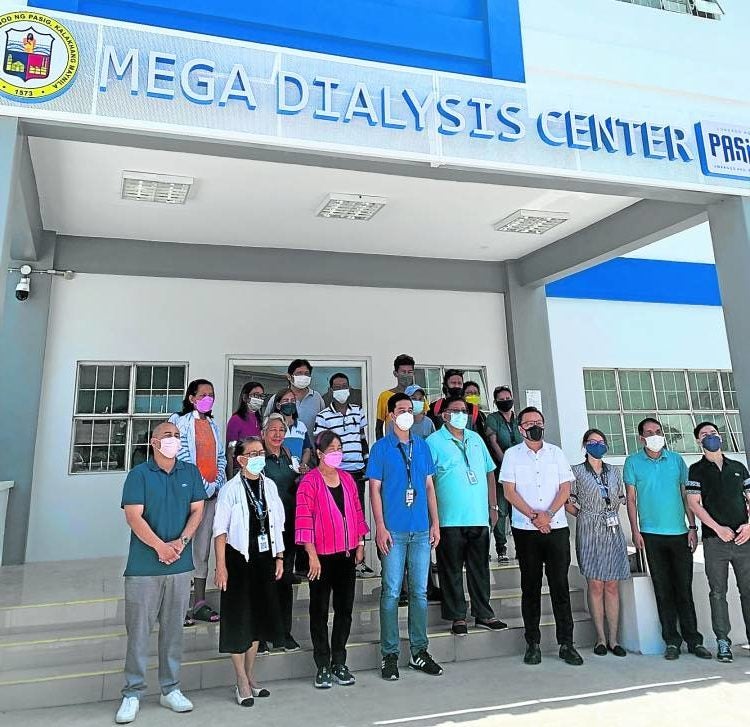 “With the help of our private partner and the city health department, dialysis [for Pasig residents] will be affordable; meaning it’s free,” Sotto said.

The cost of the hemodialysis will be covered by the medical assistance programs of the Philippine Health Insurance Corp., the Malasakit initiative and the Philippine Charity Sweepstakes Office.

The mayor said residents of neighboring Cainta, Rizal, will also be given priority since the facility was built on what is technically listed as Cainta property along Eusebio Avenue in Barangay San Miguel.

The building has been there since 2019 and was originally intended to be a drug rehabilitation center.

But after a project study, it was decided that it be used for dialysis services instead, since there were other drug rehab centers with space to accommodate local patients.

“So, financially, practically, it didn’t make sense for Pasig to establish its own rehab center,” Sotto explained.

The 15-year JVA covers the maintenance, supply, operation and management of the dialysis center which, aside from providing treatment for renal failure, will also serve as an information hub for patients on different renal replacement therapy, including kidney transplantation, peritoneal dialysis and hemodialysis.

Last week’s signing ceremony initiates the setup of equipment in the facility.

“The technical requirements for the building are ready. The whole ground floor can be used [in a couple of months],” Sotto said.