After PDP-Laban, Marcos gets NUP 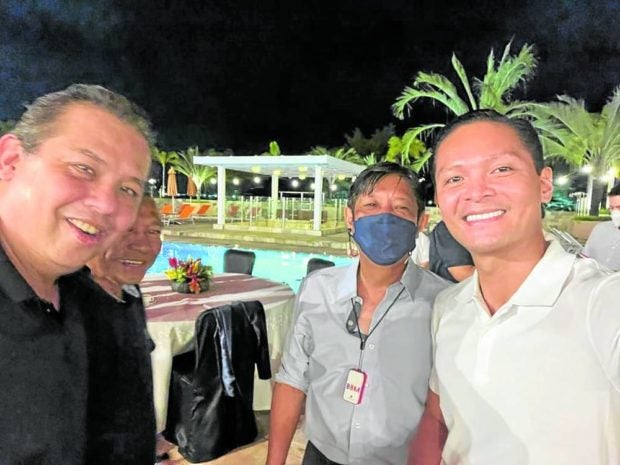 In a statement released by NUP deputy secretary general and spokesperson Reginald Velasco, NUP urged its members across the country, including 10 governors, 40 congressmen, 125 mayors, and more than 1,000 provincial, city, and town councilors.

“We call upon all our party members to join hands with former Senator Marcos in bringing our country and people to continued prosperity and progress,” the statement read. “[Marcos’] call for unity as the basic strategy for economic recovery, amid the continuing COVID-19 pandemic and global uncertainties, is consistent and supportive of NUP’s primary vision of ‘one nation, one future’ as enshrined in the party constitution,” it added.

But, aside from Velasco, the statement did not carry the name of any other party member. The Inquirer tried but failed to contact the party president, Cavite Rep. Elpidio Barzaga.

It was challenging for Marcos, once NUP secretary general, to get the official party endorsement because one of his opponents, Manila Mayor Francisco “Isko Moreno” Domogoso, was also a party official, according to the party’s website which was last updated in 2019.

The day after the party, Velasco released the statement of support, only hours after Sen. Christopher Go confirmed that Marcos met with President Rodrigo Duterte before the PDP-Laban announced its support for Marcos’ candidacy.

Aside from his own Partido Federal ng Pilipinas, Marcos now has the backing of the Lakas-CMD, PDP-Laban, and NUP.

Go, who was present at the meeting, said it took place last Sunday and was “lengthy” but “productive,” with the President giving Marcos advice on the presidency.

“The meeting had a good result. It lasted for a while and the President was enthusiastic in telling stories. I think about 80 percent of the discussion was President Duterte talking,” Go said.

“He gave some advice and hoped that his initiatives will be continued by whoever is the next president,” added the senator, who backed out after the PDP-Laban drafted him as presidential candidate.