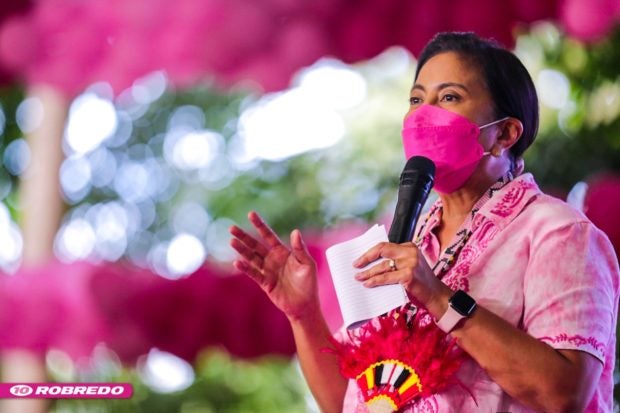 MANILA, Philippines — The Ako’y Pilipino (AP) Party-list declared its endorsement of the candidacy of Vice President Leni Robredo in the presidential elections on May 9.

According to AP Party-list Rep. Ronnie Ong, the group endorsed Robredo because of “how hard she and her office worked during the pandemic.”

“She would always be there whenever and wherever she is needed,” Ong said in a statement on Thursday.

“That is the mark of a true leader. We believe in that core value as a public servant: You have to show up, you have to work, and you have to be there for your kababayans every day,” he added.

After working with Robredo in August 2020, or during the first year of the pandemic, Ong said he himself saw firsthand how she worked hard to support various sectors during the pandemic.

“How we work, how we serve, and how we care for our kababayans at AP Party-list aligns with hers, and that’s why we support her,” he said

“Many of the programs we are envisioning in AP Party-list also align with those in VP Leni’s platform, such as helping Filipinos who have lost their jobs because of the pandemic,” Ong explained.

The AP Party-list’s overarching goal, said Ong, is a better quality of life for all Filipinos through better opportunities at livelihood and employment — which is also the theme of Robredo’s “Gobyernong Tapat” campaign.

(We believe that when you are called, you stand up. And VP Leni stood up. And now, the entire family of 164 AP Party-list stands with her. We all stood up not only to win this election, but to win the people to an honest government, and on the journey where all Filipinos will prosper.)